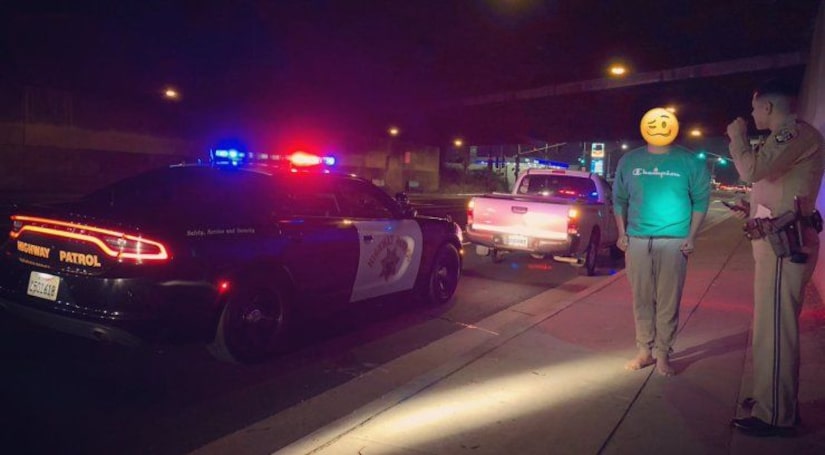 A total of 589 DUI arrests were made between 6 p.m. Wednesday and 6 a.m. Friday, according to the California Highway Patrol.

To put the figure in perspective, 389 motorists were arrested on suspicion of drunken driving over a 30-hour period during the Fourth of July holiday in 2018, CHP reported. That worked out to an arrest approximately every five minutes.

On Wednesday night, CHP's Central Los Angeles office tweeted a photo of an officer conducting a field sobriety test on a suspected DUI driver who was ultimately arrested.

"'He almost made it Home' but we might have stopped him from running that red light a few feet away & causing a tragedy," the tweet read.

Statewide, 12 people have been killed in crashes since Wednesday evening, including two pedestrians, according to CHP.