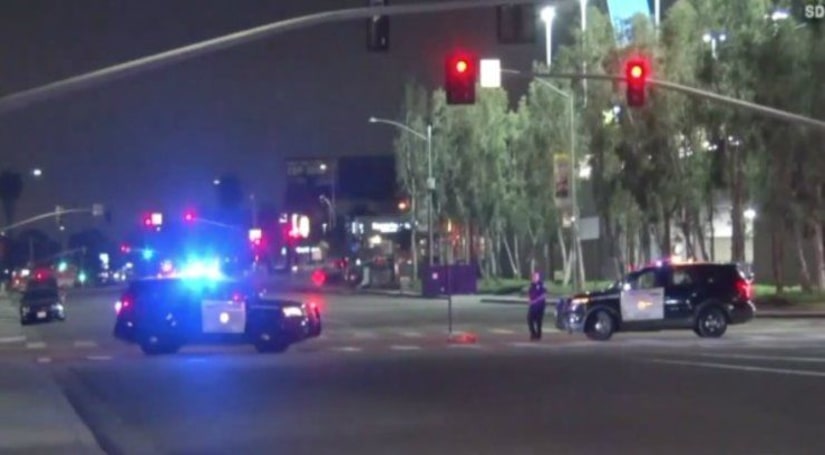 SAN DIEGO (WXIN) -- Police say a 25-year-old man was killed Thursday night after trying to stop someone he knew from driving home drunk.

Employees at RakiRaki off Convoy Street said they were working when they heard commotion around 11:30 p.m. They said they stepped outside to see people arguing in the parking lot.

“The guy tried stopping her, getting her out of the car and the whole situation escalated and it became physical,” Kiana Smith said.

Smith said from what she could tell, a man was trying to stop a woman from driving drunk. She said he was hanging on to the car, but even that didn't stop the driver.

Shortly after, she said first responders and police showed up. Witnesses said a woman was by the victim's side until he was taken to the hospital where he died.

“She was just so devastated and just crying at the top of her lungs and just like, 'this can't be happening',” Maika Frye said.

Officers said not long after they got on scene they caught up with the driver, who they have identified as 33-year-old Latisha Ingram.

The manager of O'Brien's, Tyson Blake, said the woman actually came into the bar with a group that included the victim about an hour and a half before the incident.

“Came in rather inebriated already and acting a little extra loud and almost stepped on a dog. The bartender actually said, 'hey, watch out for the dog. It's on the patio. We allow dogs on our patio,' and she shouted some profanities at the bartender and the dog, and the bartender was like, 'we're not going to be serving you tonight,'” Blake said.

MORE: Police: Woman ran over man who was trying to keep her from driving drunk - WXIN