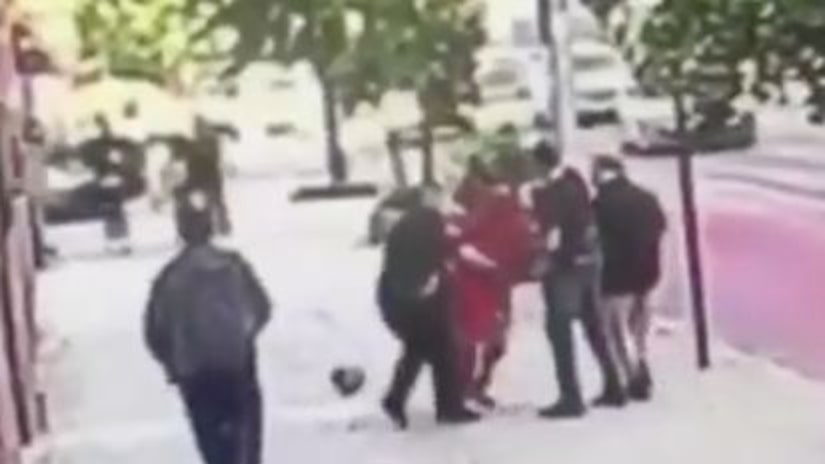 BROOKLYN, N.Y. -- (WPIX) -- A Brooklyn teen was home from a park, basketball in hand, when he was surrounded by police, taken down to the ground, handcuffed and arrested -- all without an explanation from the officers, according to his family.

Nicholas Simon, 17, was issued a summons for disorderly conduct in criminal court after the June 12 incident, according to police.

An NYPD spokesperson said patrol officers were on Montgomery Street after a 911 call for shots fired. They found a shell casing. Officers took Simon into custody around the corner.

Surveillance video shows the moment the teen was taken down. One of Simon's friends was wa. lking by, became upset and tried to intervene. She was charged with assault.

Simon's mother feels he should not face any charges for the incident, noting that "he wasn't fighting back."

"He was like 'mom, I thought that was it. I thought I was going to die because I couldn't breathe,'" Simon's mother said. "He's like 'mom, I'm so traumatized.' He's scared to go outside."

The teen was left with minor bruising, but his family worries about the scars not easily seen. Simon has asthma sickle cell anemia