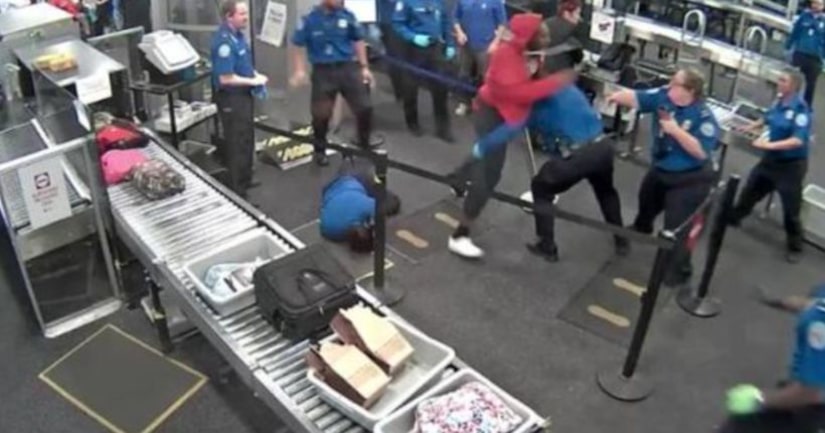 One transportation security officer was taken to a hospital and four to urgent care clinics, said Lorie Dankers, a spokeswoman for the Transportation Security Administration. All were treated and released.

The man attacked the officers around 9:45 a.m. Tuesday at a security checkpoint in Terminal 4 of Phoenix Sky Harbor International Airport, Dankers said.

Other transportation security officers and members of the Phoenix Police Department subdued the man, she said.

The suspect was arrested and charged with criminal trespassing and resisting arrest, which are felonies, as well as five counts of misdemeanor assault, Phoenix Police Det. Luis A. Samudio said.