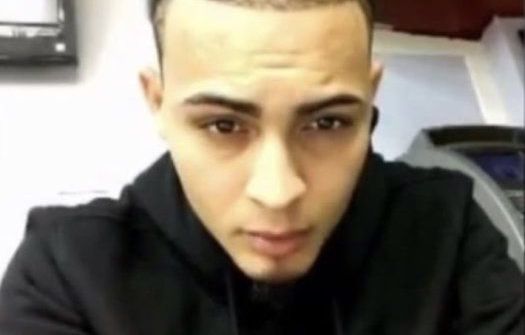 THE BRONX, N.Y. -- (WPIX) -- Ronald Urena was the only one of eight “Junior” murder defendants to show up in court Monday, and he made a special effort to seek out his little daughter when he walked in.

Wearing beads around his neck and a bun atop his head, Urena flashed a big smile at the young girl sitting in the courtroom’s back row with several women.

When Urena turned to leave, he faced his daughter a second time and smiled again, “Hi Joselyne, I love you.”

The little girl beamed from the back row, as her daddy was led away in shackles.