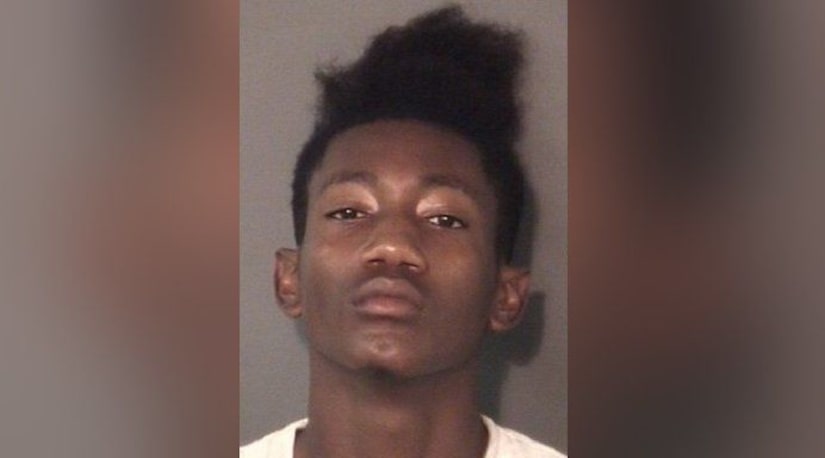 Jataveon Dashawn Hall, 19, of Monroe, will be charged with breaking and entering, second-degree kidnapping, interfering with emergency communications, and assault on a child under 12 when he is released from the hospital.

The break-in happened around 11 a.m., according to the sheriffs office.

A woman knocked on the door of a home off Yarborough Road, near Mebane. An 11-year-old boy, who was home alone at the time, saw a man standing outside near a car. Then, a second man, identified as Hall, broke a window on the other side of the house and came into the home.

Hall picked up a pellet rifle in the home and forced the boy into a back bedroom closet, telling him to stay there, the release said.

What happened next is described below, directly from the sheriff's office's release:

“The suspect picked up a cell phone that was not his and was placing it into his pocket as he entered the living room of the home. The juvenile, who is a star baseball player on several area teams, left the closet and was able to gain access to a machete. He entered the living room behind the intruder, swung the machete, and struck the man in the back of the head. The man retaliated by kicking the boy in the stomach, causing him to fall against the couch. The boy got up, swung the machete again, missing this time. The intruder then kicked the child in the side of the head and turned to grab several items, including a television and a PlayStation. At this point, the intruder realized he was bleeding significantly from the machete strike. He dropped the electronics, exited the residence, and all three suspects fled the home.”

Deputies who came to the home after a 911 call checked on the boy and then alerted local hospitals to be on the lookout for someone with a head wound.

Shortly thereafter, Hall showed up at UNC Hospital in Hillsborough asking to treatment, the release said.

“Not only did this youngster thwart the larceny attempt, he created blood evidence that very well may lead to a conviction in this case,” Sheriff Charles Blackwood said. “This is very tough kid who kept his wits about him. At the same time, I want to reflect that this youngster, his family, and indeed this community, are very lucky this event did not have a tragic ending for the child.”