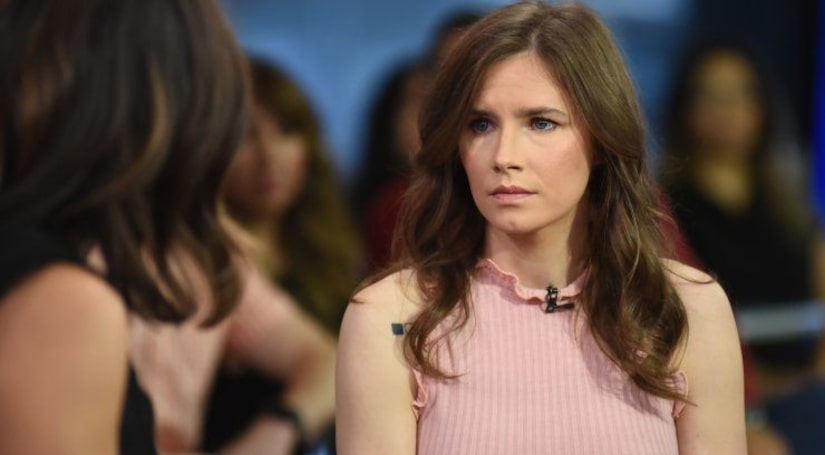 MILAN (KDVR) -- Amanda Knox, a former American exchange student who became the focus of a sensational murder case, arrived in Italy Thursday for the first time since an appeals court acquitted her in 2011 in the slaying of her British roommate.

Knox arrived at Milan's Linate airport en route to the northern city of Modena, where she is scheduled to participate Saturday in a panel discussion on wrongful convictions.

She was accompanied by her mother and fiancee, and escorted by plainclothes officers. She kept her eyes down as she exited the airport and did not respond to reporters' questions.

The killing of Knox's roommate in the university town of Perugia, 21-year-old Meredith Kercher, on Nov. 1, 2007 attracted global attention, especially after suspicion fell on the photogenic Knox, and her boyfriend, Raffaele Sollecito.

Kercher's nude body was found under a blanket in her locked room; investigators said her throat was slit and she had been sexually assaulted.

Knox's October 2011 acquittal – following a lower court conviction that brought a 26-year prison sentence – was one step in the long legal process that saw multiple flip-flop rulings before she and Sollecito were definitively acquitted in 2015 by Italy's highest court.

In all, Knox spent four years in jail, including during the investigation, before her 2011 acquittal freed her to return to her native Seattle, where she has lived since. An Ivorian immigrant, Rudy Guede, is serving a 16-year murder sentence for Kercher's slaying.