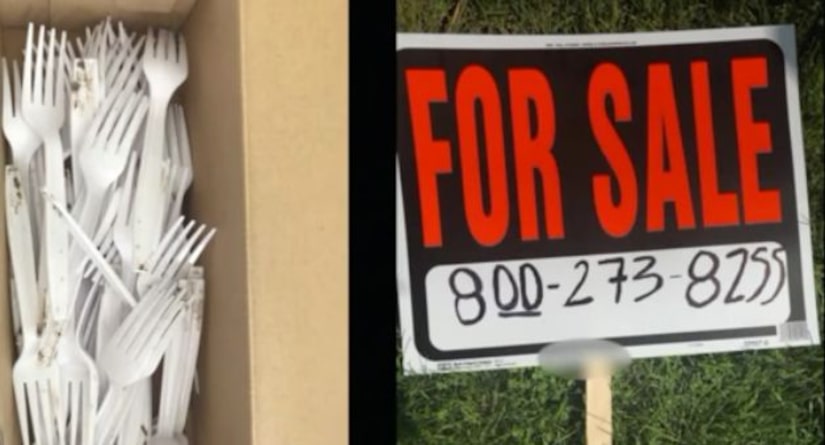 Two weeks ago, a Barrington family's lawn was vandalized. Dozens of plastic forks and a for sale sign with a suicide hotline number and an acronym for go “f---ing kill yourself” written on it were found in the Nelles's yard on May 31.

Sharon and Scott Nelles said their teenage daughter, who is a lesbian and a student at Barrington High School, was the target of harassment.

“I thought it was a prank like putting toilet paper on trees,” Scott Nelles said. “And I thought this is a lot easier to clean up than toilet paper. Until I saw the sign."

“We must all work to make sure these incidents do not happen to anyone in our community. As Cook County's first openly LGBTQ Commissioner, this incident strikes me to my core,” he said in a statement read by his chief of staff. “My heart goes out to the family affected by this incident, and to all LGBTQ individuals and allies here in Barrington and the region.”

Morrison called on residents to support one another amidst the “recent bullying and harassment of an LGBTQ youth.”