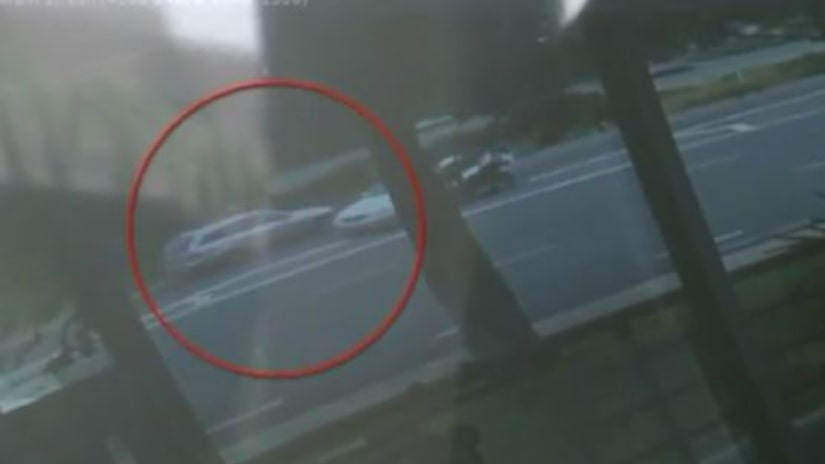 NEWPORT BEACH, Calif. -- (KTLA) -- A violent, head-on collision involving a wrong-way driver that left a woman dead on State Route 73 in Newport Beach Wednesday morning is being investigated as a possible intentional act, according to the California Highway Patrol.

The silver Mercedes-Benz was driving southbound on the northbound side of the 73 near Campus Drive when it crashed into a white BMW just before 9 a.m., according to the California Highway Patrol's incident log.

The driver of the Mercedes — identified as 23-year-old Luke Fitch of Newport Beach — had been speeding erratically on surface streets before entering the highway from Birch Street, said CHP Officer John DeMatteo.

Fitch was going at least 100 mph before crashing into the BMW, killing that car's driver, according to DeMatteo.

“Based on the driving we have beforehand, we kind of have to treat it as if it looks like an intentional act, a homicide thus far," CHP Sgt. Todd Kovaletz told KTLA at the scene. “We're trying to look into all possibilities, whether it qualifies as a collision or if it's an intentional act."