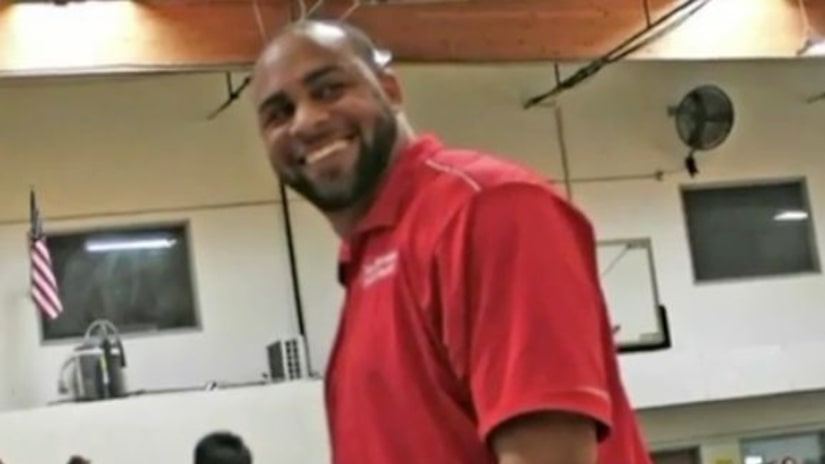 MENIFEE, Calif. -- (KTLA) -- The Menifee community is in mourning after a beloved basketball coach and father was fatally shot in front of his home over the weekend.

Deputies responded to a shooting call in the 29000 block of Light Sails Court shortly before 10 p.m. Saturday and found a man suffering from gunshot wounds in the driveway, Riverside County Sheriff's Department Deputy Mike Vasquez said on the night of the incident.

The victim was taken to a local hospital, where he was pronounced dead, Vasquez said.

Authorities have not named the victim, but he was identified as Claudell Walter by friends and family members.

"It's been like a nightmare. They stole my kids' father," Claudell's wife, Melissa, said. "My husband. Father-in-law's son. A brother, best friend, a coach. They took him from lots of people."

"No father should have to bury their kid," Claudell's dad, Garland, said. "I raised him right. Sent him to college, get a good degree, be a good father, a good man, and they took him for no reason at all."