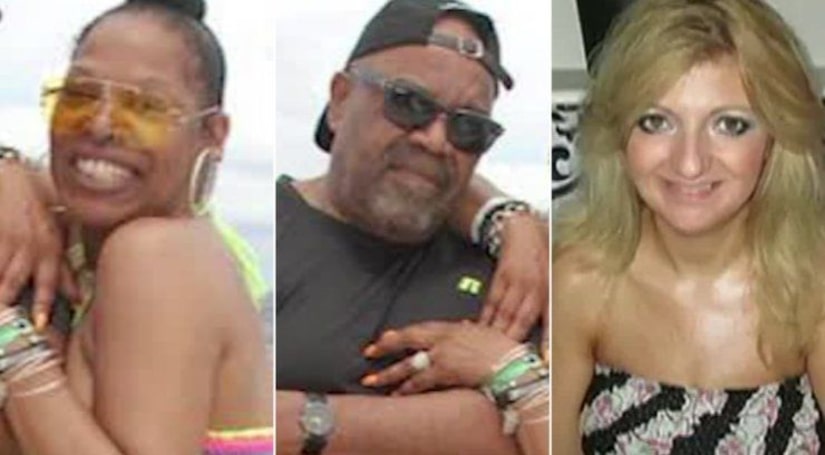 DOMINICAN REPUBLIC (KFOR) -- Pennsylvania resident Miranda Schaup-Werner checked into a resort in the Dominican Republic on May 25 and was excitedly taking pictures in the room she shared with her husband.

Suddenly, she felt ill after a drink from the minibar, family spokesman Jay McDonald told CNN affiliate WFMZ. Shortly after, she collapsed and died.

Schaup-Werner is one of three Americans who've mysteriously died within a week at a resort in the Caribbean nation.

Five days later, Maryland couple Edward Nathaniel Holmes, 63, and Cynthia Ann Day, 49, missed their scheduled checkout time at another hotel at the same resort. When hotel employees checked on them, they were dead, police said.

'We just want to understand this'

Hotel workers found Holmes and Day on May 30. They checked into the hotel on May 25 — the same day as Schaup-Werner and her husband, Dan Werner, who were celebrating their wedding anniversary.

“The bizarre issue of the same hotel and these things happening within days of each other and the complete unexpected nature of what happened to Miranda, we just want to understand this,” McDonald told the affiliate.

“At one point, she was sitting there happily smiling and taking pictures and the next moment she was in acute pain and called out for Dan and she collapsed.”

Holmes' daughter said she wants the mystery of her father's death solved.

“It should have never happened,” Dajuan Holmes-Hamilton said.

A taxi driver who picked up Schaup-Werner and her husband from Santo Domingo Airport and dropped them off at the resort told CNN the couple appeared happy and tipped generously.

The driver, who did not want to be identified, said the trip took 40 minutes from the airport to the hotel. Once they arrived, he helped them with their luggage and took off.

Days later, the driver said, he went to pick them up for their return trip back to the airport, and was told they'd checked out.

He found out Schaup-Werner had died from the news, he said.

Holmes and Day were from Prince George's County, and were supposed to fly back home the day they were found.

They'd spent several days in the Dominican Republic taking part in several activities. Three days before they were found dead, they went on an excursion to Isla Saona, according to Bahia Principe Hotel. The hotel also believes the couple visited the capital of Santo Domingo because a bag from a pharmacy there was found in the room.

MORE: 3 Americans checked into resort on the same day and died within a week - KFOR