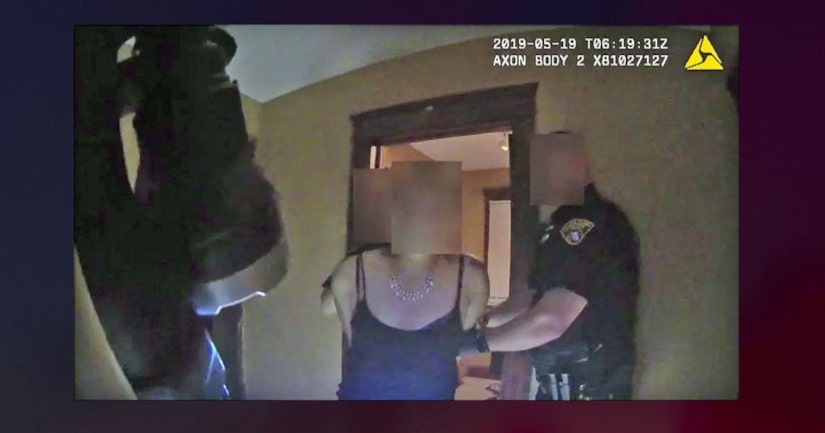 CLEVELAND (WJW) -- The FOX 8 I-TEAM has obtained exclusive video of what happened when Cleveland Police got a call about endless crying from kids left home alone.

The video shows officers kick in a door, find the children and then get surprised when their mother suddenly shows up. She then admits to officers that she's been drinking at a bar. Now, Liz Yomaris Torres Rivera is facing charges for child endangering.

It all started when a citizen called police after hearing non-stop crying in the 4200 block of Storer Avenue.

Officers looked around, and at first, they heard nothing, but they didn't stop. They kept investigating, heard the crying, and they made their way inside an apartment. There they found kids ages 2, 3 and 5 locked in a room.

Soon after that, the mother of the children walked in and asked, "What's up?"

An officer stopped her from going into the room where the kids were, and he said, "You weren't worried about the kids when you locked 'em in the bedroom and you took off, were you?"

The I-TEAM went to the house to try to speak with Rivera and when we got to the door, we found the landlord had kicked her out.

A note said the property had been damaged. Police said they found garbage, bugs, a nasty smell, and it “felt about 90 to 95 degrees inside.”

Now, the Cuyahoga County Department of Children and Family Services also has an open case with the mother. The County says the kids are currently with a relative.