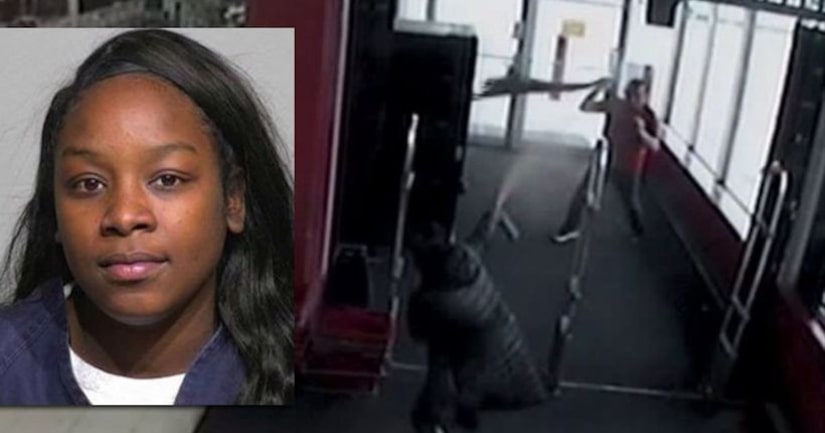 It started with one female suspect crouching behind the Value Beauty counter, taking items off the wall. Another suspect appeared to be the lookout and was seen in the video pulling something out of her pocket as an employee carrying a box began to approach.

The woman who may have been acting as the lookout aimed and sprayed a cloud of what investigators said was mace directly into the employee's face. Behind the counter, another person climbed over, knocking down mannequin heads in the process.

One of the shop's employees, Jesus Gonzalez, tried to step in. "That's when she attacked me. She sprayed the pepper spray in my face. She scratched my face too," Gonzalez said.

One by one, Gonzalez tried to stop the three suspects, scuffling with the last one on her way out.

Store officials said the suspects made off with $1,000 worth of hair weaves. Gonzalez said the heist was fast. "We couldn't do anything when she sprayed my face," she said.

Investigators were only able to identify one of the suspects. Prosecutors said Shaherah Edwards admitted to having mace and throwing the can at Gonzalez, who was still shaken by the encounter more than a month later.