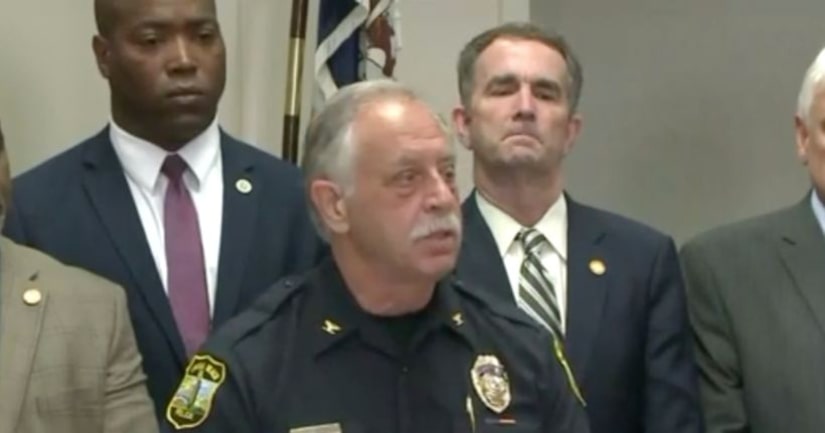 VIRGINIA BEACH, Va. (WTVR) -- The four officers who confronted a shooter inside a Virginia Beach city building engaged in a "long gunbattle" with the gunman, and helped stop him from committing more carnage, the police chief said.

The suspect was a disgruntled employee who had access to the building and fired on multiple floors Friday afternoon, Police Chief James Cervera said.

At least 12 people were killed and four others are hospitalized.

When the initial call of an active shooter came out, two veteran detectives and two K9 handlers from the special operations unit immediately responded, Cervera said.

The officers entered the building and followed the sound of gunfire to locate the suspect and immediately engaged with the gunman.

"I can tell you that it was a long gunbattle between those four officers and that suspect," Cervera said in a news conference Friday night.

"Many times when we talk about an officer-involved shooting situation it may be minimal rounds by the suspect and by the police officers. This was well beyond that," Cervera said. "The best I can describe it (is) this was long-term gunbattle for police officers."

The chief confirmed that a .45 caliber pistol, a suppressor and several empty, higher-capacity magazines were found near the shooter. He declined to comment on the presence of a rifle.

The suspect fired multiple times, the chief said, "from various places down the hallway that the officers at one time returned."

One officer was shot, but was saved by his bulletproof vest, Cervera said. The officer was tended to at the scene and then taken to a hospital.

The suspect eventually went down "due to his injuries" after an extensive battle with officers, he said.

As the gunman was being removed from the building and taken to awaiting EMS personnel, the officers "immediately rendered first aid," according to Cervera. 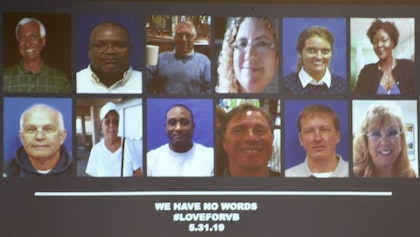 These are the city employees, contractor killed in Virginia shooting