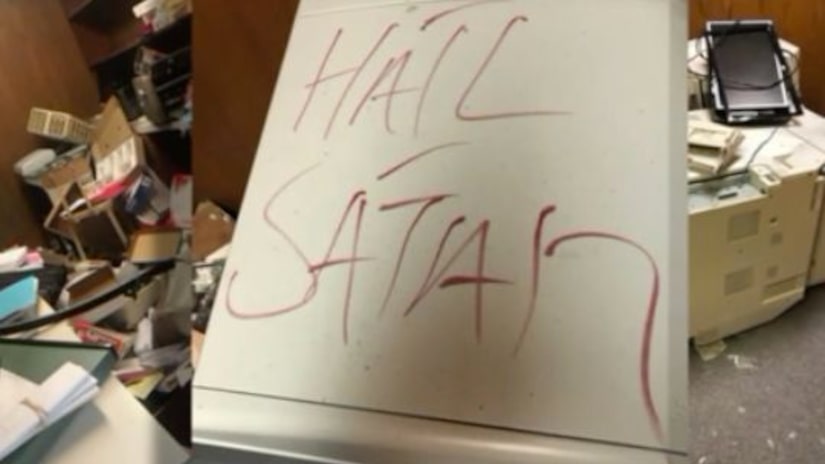 HAMMOND, Ind. -— (WGN) -- A northwest Indiana church was damaged after someone broke into the building.

A custodian walked into the Faith United Church of Christ in Hammond around 7 a.m. Wednesday and saw the destruction left behind. Someone broke in Tuesday evening and went on a rampage — windows were smashed, bathroom sinks, mirrors were broken and offices were trashed. The person, or people, responsible also wrote "Hail Satan" inside the church.

David Turoci, a church senior elder, said when he walked in, he saw the lecture pulpit flipped over.

Hammond police were called to the church and found evidence left at the scene. Lt. Steven Kellogg with the Hammond Police Department said there was blood found in the church. Those who broke in cut themselves on the glass window when they reached in to try to pry a door open.

Church elders said the vandals also smashed the surveillance cameras and cut the wires. They said they're hoping police can recover some of the video off the hard drive.

The Faith United Church of Christ is one of the oldest in the area. It was founded more than a century ago, and has been in the building for about 50 years.