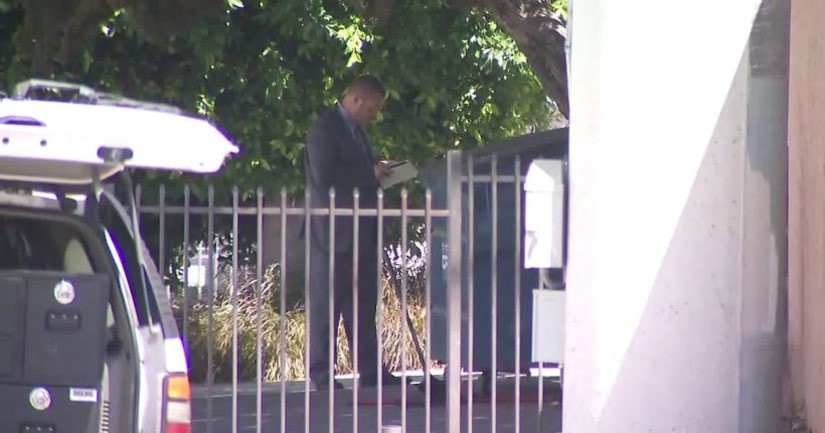 The missing father of an infant found dead behind a mortuary in Bellflower has been named as a person of interest in the case, Sacramento County officials said Tuesday, KTLA reports.

BELLFLOWER, Calif. (KTLA) -- Homicide detectives are investigating the death of an infant found behind a building in Bellflower on Monday, authorities said.

Deputies were called shortly after 10 a.m. after a worker made the discovery behind Funeraria del Angel, a mortuary at 10333 Alondra Blvd., Los Angeles County Sheriff's Detective Steve Blagg said in a news briefing.

The worker, who was cleaning up the ground at the time, immediately called 911, Blagg said.

The child — a female around a year old — was found in an upright car seat, covered by a blanket, the detective said.

Paramedics pronounced the baby girl dead at the scene.

As of Monday afternoon, she had not been positively identified.

Investigators were speaking to potential family members, but Blagg declined to divulge who they were or how officials came into contact with them.

No one was in custody, he added.