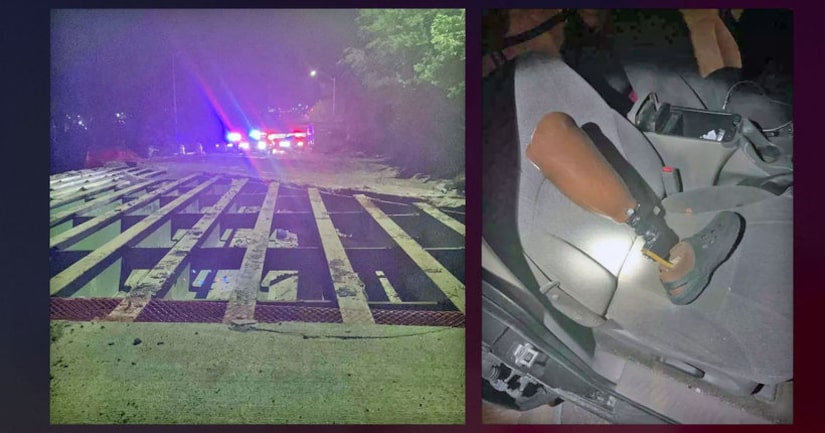 INDIANAPOLIS (WXIN) -- Officers with the Indianapolis Metropolitan Police Department are searching for a driver who tried to jump a bridge “Dukes of Hazzard” style. But this isn't Hollywood, so it didn't turn out well.

The driver refused to stop and led officers on a chase to 38th Street just west of Shadeland Avenue where there is a bridge out.

He ignored the signs and warnings and attempted to drive across the bridge, but his vehicle skidded and came to rest as it hit the exposed beams of the bridge.

The driver exited the vehicle and fled on foot.

Officers arrested a passenger. The passenger was supposed to be on house arrest, but he cut off his ankle monitor.

The passenger told police the driver is a one-legged man, and he left his prosthetic leg behind.