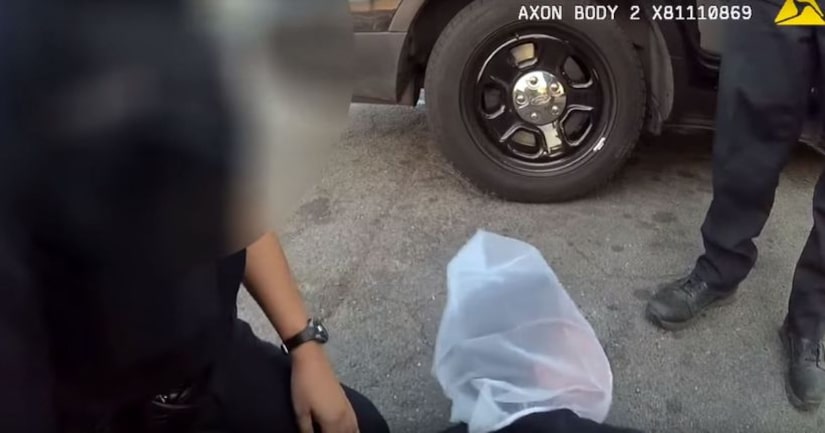 The Sacramento Police Department says two officers witnessed a private security guard chasing the boy, identified by family as Isaiah, in a parking lot and stopped to help. According to Sgt. Vance Chandler, the security guard told officers the child had been trespassing and stealing.

Isaiah and his family deny those allegations.

As the boy was taken into custody, he appears to spit at officers.

In the body cam video and viral cellphone video of the encounter, Isaiah references spitting on an officer.

Onlookers protest, arguing that Isaiah is just a child and his parents should be present.