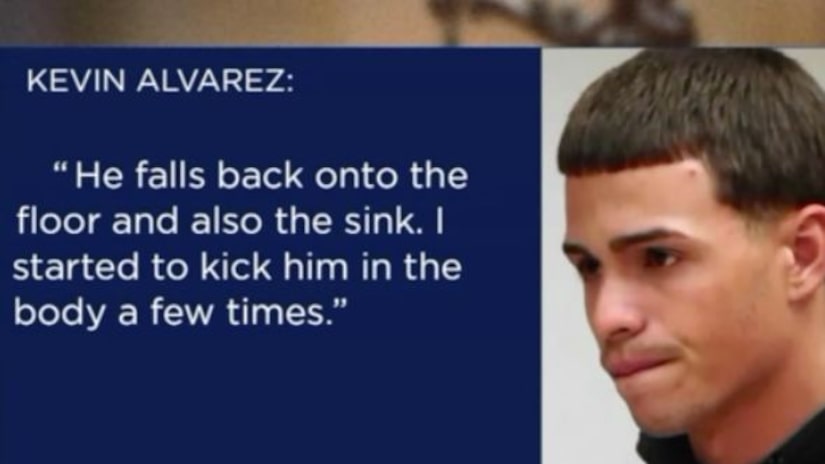 THE BRONX, N.Y. -- (WPIX) -- In a quiet courtroom, the star “Junior” trial witness, Kevin Alvarez, started crying on the witness stand, as the prosecutor asked him to watch surveillance footage of what he did to 15-year-old Lesandro Guzman Feliz behind a bodega counter last June 20.

The panicked teen, who had just been chased by a pack of men for blocks, was trying to hide behind a small door that separated the back of the store from the public.

Finally, Alvarez said a deli worker opened the door and told Alvarez and his crew to “take it outside.”

“The kid was pushing the door, he was putting his behind — his shoulder — against it,” Alvarez testified of Junior.

“He's saying, 'Stop!' He didn't have nothing to do with what we were saying.”

Alvarez and his associates were telling bodega workers that Junior was connected to the Sunset division of the Trinitarios gang, which had shot another gang member two days before.

Police said Junior was a victim of mistaken identity.

Prosecutor Morgan Dolan then asked Alvarez what he did to Junior, when the teen's efforts to keep the door closed were futile.

“I punched him in the face. A few times, face and body,” Alvarez told the jury.

FULL STORY: Witness Kevin Alvarez sobs in court as he watches what he did to Junior behind bodega counter before dragging him - WPIX