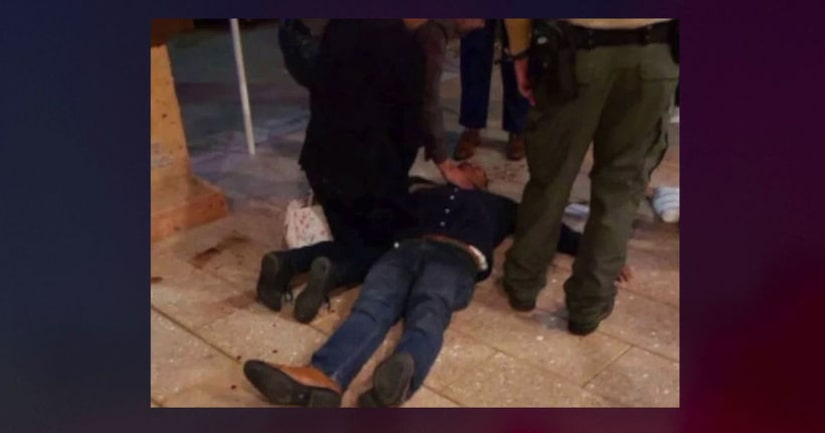 COMMERCE, Calif. (KTLA) -- A heated argument between elected officials of the city of Commerce led to punches thrown, and the bloody brawl left Councilman Leonard Mendoza knocked unconscious on the ground.

The melee broke out early Saturday morning at the Renaissance Indian Wells Resort, southeast of Palm Springs, during a meeting that included elected officials from across the region, according to the Los Angeles Times.

The mayor said he had stepped in to defuse the situation when both he and Altamirano were attacked from behind by two other men.

Altamirano suffered a gash on his lip. His attorney said Mendoza was the aggressor, and pointed to a pattern of alleged violent behavior involving the councilman.

In a video provided to KTLA, Mendoza can be seen being carted out on a gurney from a different incident in January at a local bar.

"It's not the first time one of our officials had this situation happen to him. He did get knocked out at Maguey bar not too long ago," Commerce resident Hector Maravilla alleged.

Soria said he intended to file a report with the Riverside County Sheriff's Department, and intended to "press charges." The next City Council meeting is set for next week.