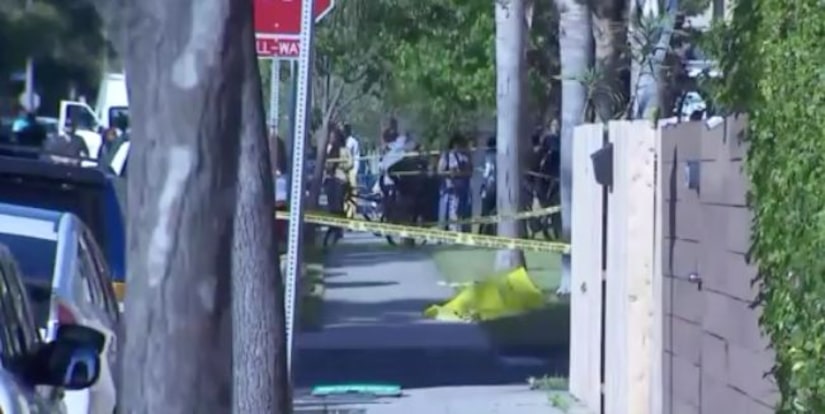 VENICE, Calif. -- (KTLA) -- Four suspects were at large after a man was fatally shot in the head on the street in Venice Monday afternoon, police said.

As many as 11 people called authorities reporting shots fired in the area of Fifth Avenue and Broadway Street at about 3:30 p.m., Los Angeles Police Lt. John Radtke said.

The victim, later identified as 29-year-old Lavell Harris of Los Angeles, was walking along Fifth Avenue when two people approached him on foot and chased him north, the lieutenant said said.

The assailants fired numerous shots, and Harris suffered several wounds. He was pronounced dead at the scene, Radtke said.

One of the bullets struck Harris in the head, LAPD Officer Jeff Lee told KTLA.

The two suspects got into a car with two other men inside and fled north on Fifth Avenue, according to Radtke.