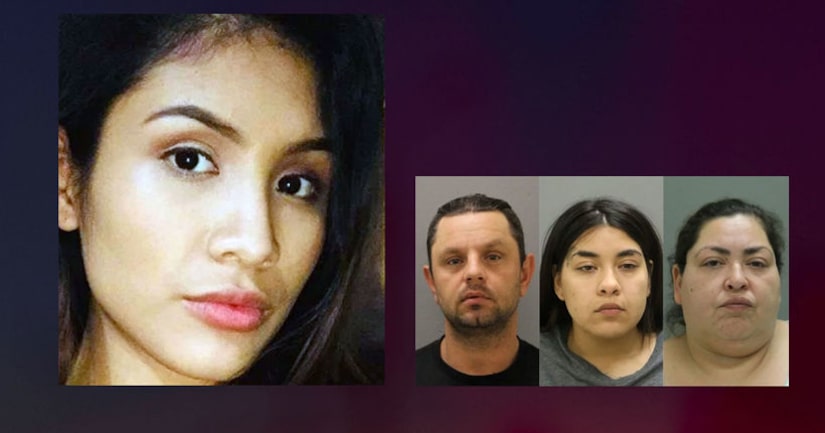 CHICAGO (WJW) -- New details have been released on the possible motive of a woman accused of killing a pregnant 19-year-old and cutting the baby out of her womb.

Clarisa Figueroa, 46, is one of three charged in the murder of Marlen Ochoa-Lopez. Ochoa-Lopez was nine months pregnant when she disappeared April 23. Figueroa called 911 just hours after Ochoa-Lopez was killed to report the baby had stopped breathing. The child, which Figueroa said was hers, was rushed to an area hospital where he remains in grave condition and is not expected to survive.

Ochoa-Lopez's body was found in a garbage can in Figueroa's backyard. The teen had been strangled with a coaxial cable, and her baby was cut out of her womb.

Police now say Figueroa's adult son died of natural causes two years ago and police believe the woman was hoping to raise the newborn as her own.

The Chicago Sun-Times reports that in the months before Ochoa-Lopez was killed, Figueroa allegedly told people that she was pregnant and that it was a “miracle.” A neighbor said her behavior was odd in that she continued to smoke and drink despite claiming to be pregnant.

Figueroa was also a part of a Facebook group called “Help a Sister Out,” in which she first contacted Ochoa-Lopez. Members of the group said Figueroa started posting in February about getting her home ready for a baby on the way. She reportedly posted photos of a crib and baby's room.