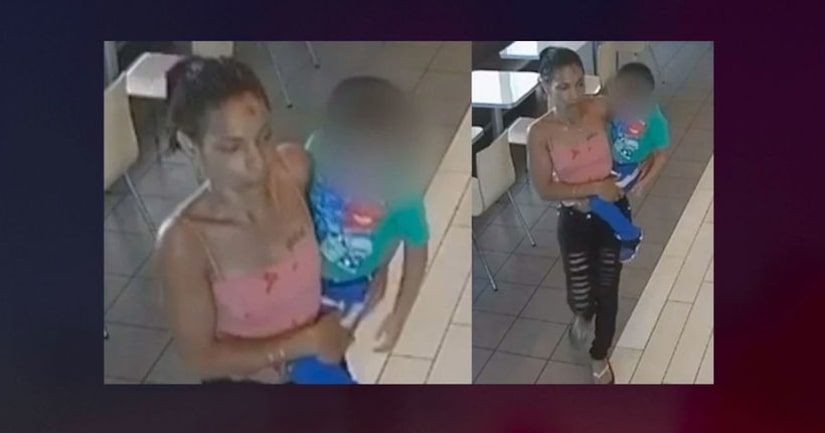 LOS ANGELES (KTLA) -- Detectives reached out to the public Wednesday for help in tracking down a woman they say tried to kidnap two 4-year-old boys in two separate incidents in Los Angeles on Tuesday and Wednesday.

The crimes took place about 11:15 a.m. Wednesday at Martin Luther King Jr. Boulevard and San Pedro Street, as well as about 3:15 p.m. Tuesday at a McDonald's restaurant at Olympic Boulevard and Central Avenue, the Los Angeles Police Department said in a written statement.

In the most recent incident, “The suspect approached the victim, pulled his hand and attempted to walk away with the victim,” according to the statement.

The child was with family members at the time, police said. A witness intervened and the woman ran off.

“The suspect approached and carried the victim,” the statement said. “The suspect attempted to enter a parked vehicle with the victim but was stopped by a witness.”

In both instances, police described the suspect as a black or Latina woman between 25 and 30 years old, about 5 feet 4 inches tall and 115 pounds. She had black hair and a possible scar or birthmark on her forehead. The woman also had a tattoo above her left breast and another on her upper back and left shoulder.