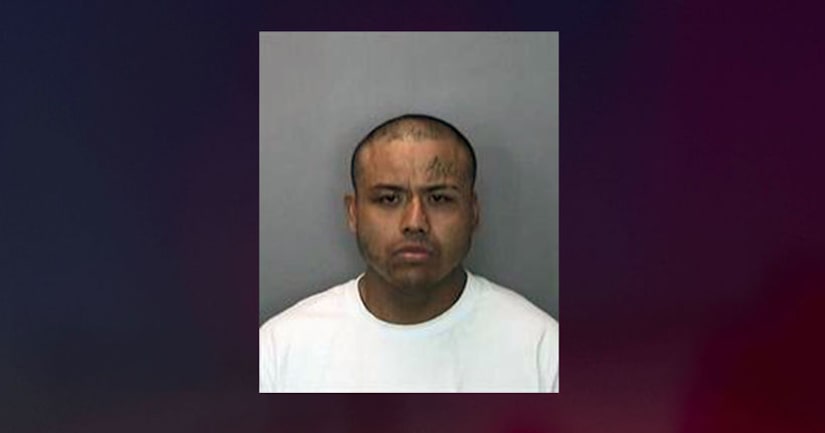 Authorities also allege 31-year-old Jesus Valdovinos is a gang member who was on parole when he began a three-day crime series early Sunday morning.

Around 6 a.m. that day, Valdovinos stole a Ford Expedition that a Chevron employee left running in the parking lot of the gas station at 1200 S. Harbor Blvd., just up the block from Disneyland, Anaheim police said in a news release.

The woman was hurt as she tried to stop Valdovinos from stealing her SUV, police said without providing details on her injuries.

Valdovinos kept the Expedition for less than a day, ditching it around 6 a.m. the next morning in the parking lot of an Arco at 1037 W. Ball Road, about half a mile west of the Chevron station. He left the Arco with a Nissan Altima that was left running at the pumps while its owner went inside the store, authorities said.

Officers spotted the stolen Altima, now bearing paper plates, around 2 p.m. that day near the corner of Lincoln Avenue and State College Boulevard. When they tried to pull it over, a pursuit ensued, officials said.

The chase was erratic, with the driver veering into oncoming traffic at high speeds. Police decided to pull off in the interest of public safety, the department said.

He went into the 7-Eleven at 107 W. Ball Road around 1 p.m. and was able to steal around $100 in cash from the register after simulating a handgun to the clerk, officers said.

Officers again caught sight of the stolen Altima around 8:40 p.m. as it was driving near corner of Palm Street and Guinida Lane, a residential area on the opposite side of the 5 Freeway from Disneyland.

Another dangerous, high-speed pursuit ensued after a failed traffic stop. This time, officers continued chasing the car until they were able to stop it in the 100 block of North Trevor Street, where the Santa Ana River forms the border with Orange.

Valdovinos was uncooperative, and police used a beanbag shotgun to take him into custody, authorities said.

The suspect was subsequently booked on suspicion of two counts of robbery, two counts of vehicle theft, assault with a deadly weapon and felony evading.