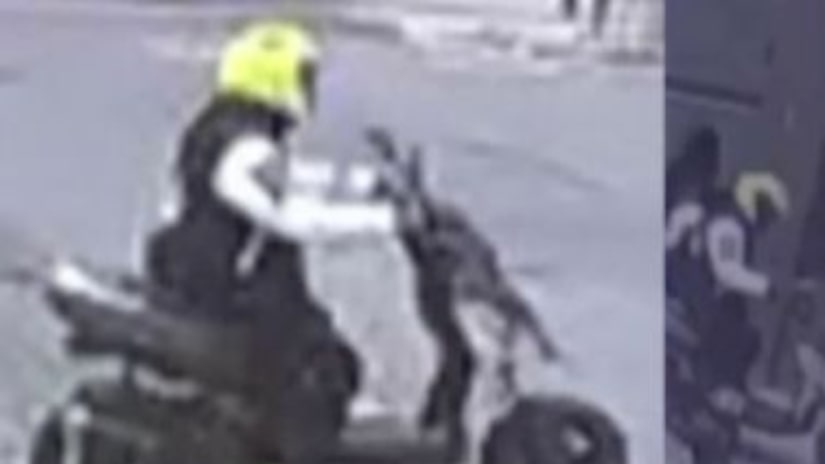 NEW YORK CITY -- (WPIX) -- Police are looking for the man caught on video snatching an 86-year-old woman's purse while riding a scooter in Manhattan earlier this month.

The woman was standing at the corner of First Avenue and East 64th Street around 3 p.m. on May 4, when a man on a scooter went up onto the sidewalk and took her purse, police said.

The victim fell to the ground and was dragged on the sidewalk by the scooter, surveillance video shows.

The woman was taken to NewYork-Presbyterian/Weill Cornell Medical Center for pain to her left arm, cops said.

According to police, a man fitting the same description slapped a 55-year-old man's keys from his hands while getting out of his vehicle in the vicinity of West 139th Street and Seventh Avenue two days later.

The property was recovered under the vehicle, cops said.