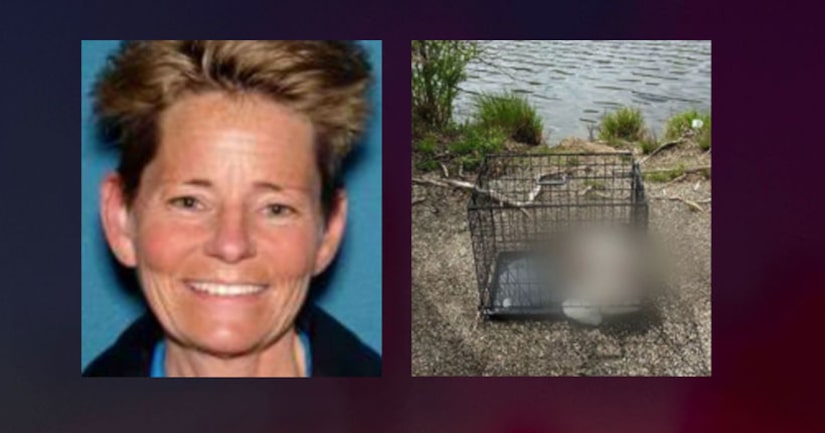 WEST MILFORD, N.J. (WPIX) -- A New Jersey woman has been charged in connection to the death of a 10-week-old puppy found in a cage that had been submerged in a pond, according to the Passaic County Prosecutor's Office.

Tonya Fea, a 47-year-old resident of Jefferson Township, was arrested on Tuesday and subsequently charged with two counts of animal cruelty and one count of defiant trespass in the April 30 incident.

That day, a female golden retriever puppy was found in a submerged cage in Greenwood Pond in West Milford. Those who found the puppy claimed that the cage was also weighted down.

“The crate was locked,” said Nancer Warner, founder of The Last Resort Rescue, when the puppy was found last week. “And there was an ice bucket, like a lead crystal ice bucket inside the crate.”

Each count of third-degree animal cruelty carries a maximum sentence of five years in state prison, while the one count of defiant trespass carries a maximum 30 days in a county jail. She was charged via summons-complaint and released.

Fea is scheduled to appear in court on May 22.