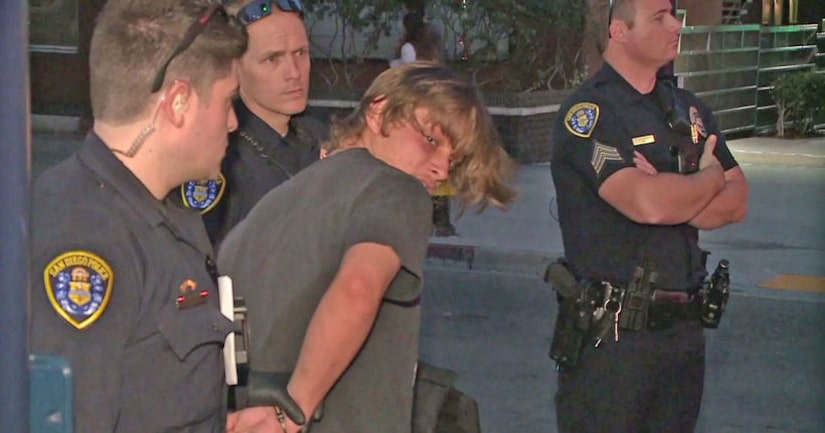 SAN DIEGO (KTLA) -- A man was taken into custody after he pointed a bong that looked like a rifle out of a third-floor window in downtown San Diego Tuesday evening, according to KTLA sister station KSWB in San Diego.

The man was seen pointing the object from a room on the third floor of The Palms Hotel, in the 500 block of Park Boulevard in the East Village, around 6:30 p.m., San Diego police said.

Officers, not yet knowing the bong wasn't a firearm, began evacuating the area and stopped nearby trolley service.

A team of officers went into the building and found the man and a woman with what turned out to be a gold-colored "marijuana smoking device," Police Capt. Mike Holden said.

The pair was detained and questioned. An hour later, officers decided to only arrest the man and released the woman.

The man was booked on suspicion of pointing a replica weapon at officers. Video showed him being escorted from the hotel by officers, with long hair mostly masking his face.

The suspect has not been publicly identified.