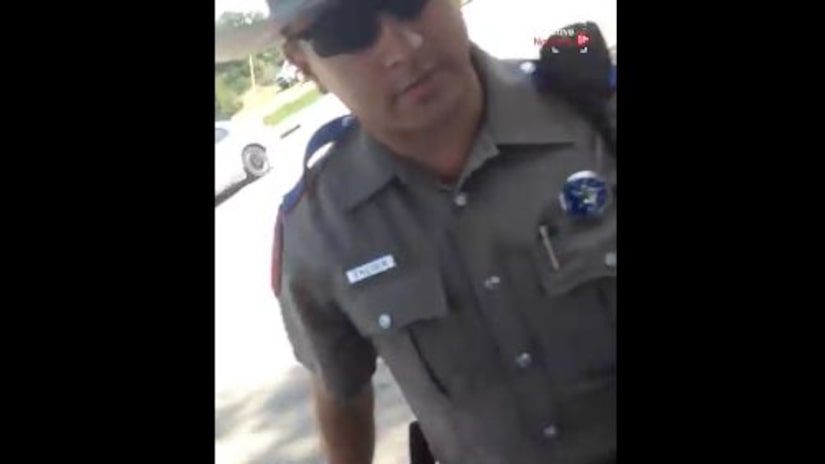 DALLAS -- (KTLA) -- Cellphone video recorded by Sandra Bland, a black woman found dead in a Texas jail in 2015 following a confrontational traffic stop, shows for the first time her perspective as a white state trooper draws his stun gun and points it at close range while ordering her out of the car.

Bland was found hanging in her jail cell outside Houston three days after her arrest. Her death and dashcam video showing Trooper Brian Encinia trying to pull the 28-year-old Chicago-area woman out of her vehicle became flashpoints in the debate over the treatment of black people by police.

The clip begins at the most dramatic moment of the July 2015 traffic stop near Prairie View A&M University: Encinia has opened Bland's car door and draws his stun gun as she tries to steady her phone's camera. The flashlights on the stun gun flick on and Encinia yells, “Get out of the car! I will light you up. Get out!”

Bland exits the car and continues to record Encinia as he orders her onto the sidewalk. The stun gun is still pointed at her and the flashlights remain on. He instructs her to get off the phone, to which Bland replies, “I'm not on the phone. I have a right to record. This is my property.”