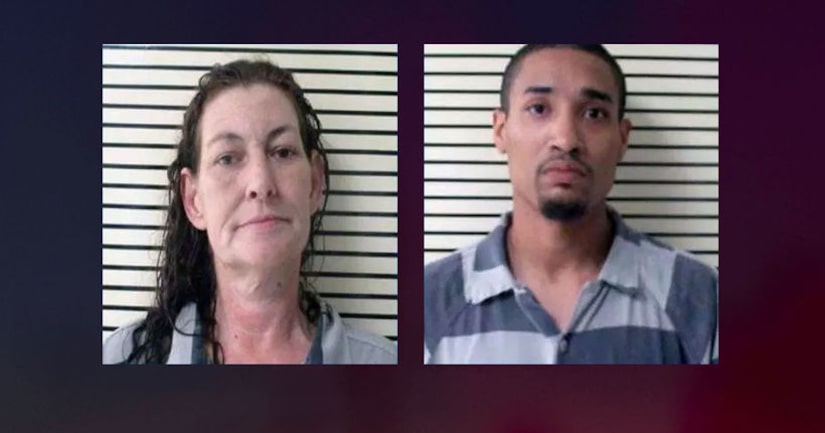 WAGONER COUNTY, Okla. (KFOR) -- A couple has been arrested after they allegedly stole approximately $283,000 from an elderly family member, who was diagnosed with Alzheimer's, and left her in a home with little to no food and no bed.

In February, deputies with the Wagoner County Sheriff's Office were called to a home in Coweta to assist Adult Protective Services (APS).

When officials arrived, they found a 73-year-old woman in a home “with very little furniture, including no bed and little to no food.”

The woman was removed from the home and placed under custody of APS.

An investigation was launched and investigators found that the woman's daughter, 49-year-old Sheri Stallings and her husband, 27-year-old Hezekiah Stallings, were acting as the caregivers for the woman, who had been diagnosed with early stages of Alzheimer's.

According to the Wagoner County Sheriff's Office, investigators found evidence that suggested Sheri had control of her mother's checking account, retirement accounts and the proceeds from the sale of her mother's Tulsa home.

Investigators believe the couple stole approximately $283,000 from the woman.

Sheri and Hezekiah Stallings were booked into Wagoner County Detention Center for elder abuse and exploitation of the elderly and were held on a $20,000 bond.