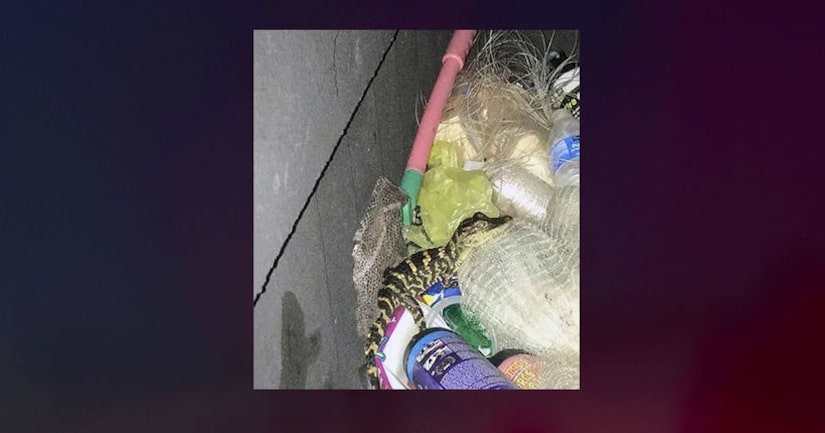 PUNTA GORDA, Fla. (WTKR) -- Wildlife officials are now investigating after a woman pulled an alligator out of her pants during a traffic stop in Florida, according to the Charlotte County Sheriff's Office.

The bizarre gator-smuggling case came to light after deputies asked the woman, who has not been publicly identified, a standard law enforcement question: “Do you have anything else?”

The 25-year-old woman then pulled a foot-long reptile out of the yoga pants she was wearing, according to WBBH. She also had 41 small three-stripe turtles in the vehicle, deputies said.

The woman was riding with a 22-year-old man who deputies say rolled through a stop sign in Punta Gorda, leading to the traffic stop. The man allegedly told deputies the pair had been scavenging for frogs and snakes.

After citing the driver for the moving violation, WBBH reports deputies were making sure they didn't have any protected species when they found the alligator and turtles.

MORE: Florida woman pulls gator from pants after cop asks if she has 'anything else' - WTKR