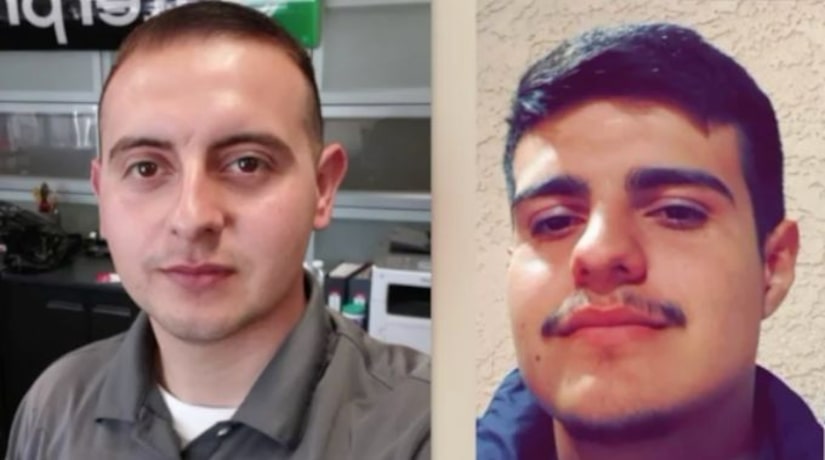 HIGHLAND PARK, Calif. -- (KTLA) -- Two people remained at large after fleeing the scene of a crash that killed two brothers in a residential street in Highland Park early Sunday.

The victims—identified by family members as brothers Benny and Jesse Felix Zuniga, 25 and 19—were traveling west on Pollard Street in a white Ford Fusion around 1 a.m. when a pickup truck heading north on San Pascual Avenue slammed into them, pushing their vehicle onto three or four parked cars, according to Los Angeles police.

The victims were just coming home from Paramount and were about to pull up into their apartment when the incident happened, said two women who identified themselves as the victims' girlfriends.

LAPD released home surveillance video that captured the impact. The footage also shows the driver exiting the pickup truck soon after the crash.

Witnesses described the pair who fled as two Hispanic men in their 20s. It's unclear whether the truck, which they abandoned at the scene, is registered to either of them, De Leon said.