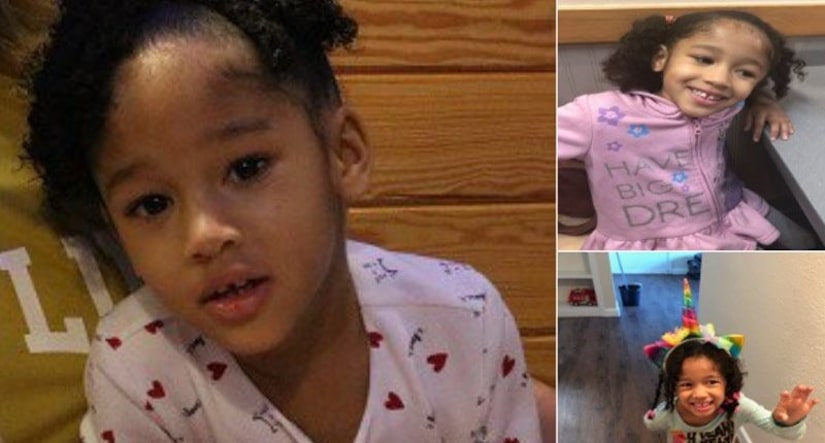 HOUSTON (WGHP) -- An Amber Alert has been issued for a 5-year-old girl in Texas who police believe was abducted by three men.

Maleah Davis was last seen by a family member about 9 p.m. Saturday in Sugar Land, according to Houston police.

Police said Davis' father and 2-year-old brother were also abducted but were later dropped off.

Davis was reported to be with three unknown men in a 2010 blue Chevrolet crew cab pickup truck.

The license plates on the truck and the motive in the child's disappearance are unknown. Police said it's believed the crime originated somewhere in north Houston.

Family told police that Davis has a pink bow in her hair and was wearing a light blue zip jacket, blue jeans and gray, white and pink sneakers.

MORE: Amber Alert issued after 5-year-old girl may have been kidnapped by 3 men in truck - WGHP