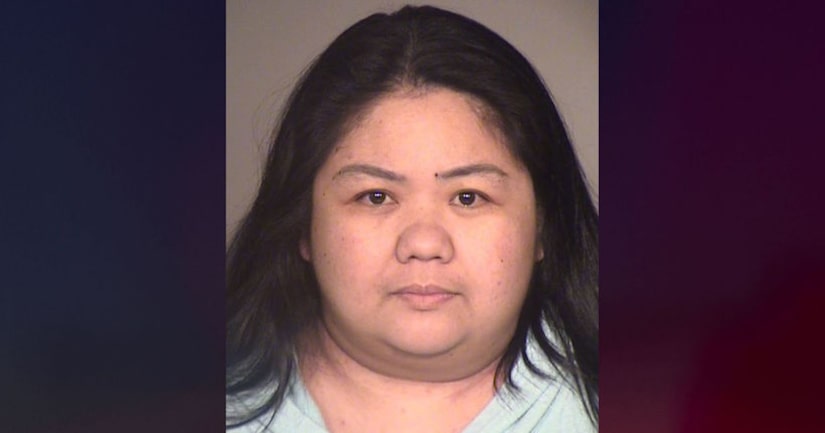 OJAI, Calif. (KTLA) -- An Oxnard woman is accused of stealing thousands of dollars from a 99-year-old man she was employed to care for in Ojai, the Ventura County Sheriff's Office said Friday.

The investigation into the alleged theft began back in March when deputies were called out to Ojai for a report of elder abuse, according to a sheriff's news release.

The patient's current caregiver was reviewing the man's finances from the past years when he or she found discrepancies in checks paid to 41-year-old Ann Villasanta, the release stated.

She allegedly had written out the checks, overpaying herself on multiple occasions.

Villasanta was initially employed as a home caregiver for the man's late wife. She stayed on after the woman's death to help care for the husband's finances, writing checks for him between 2017 and 2019, according to the Sheriff's Office.

“Villasanta began having the victim sign blank checks, which she then fraudulently wrote out to herself, along with altering the amounts on already filled out checks,” the release stated.