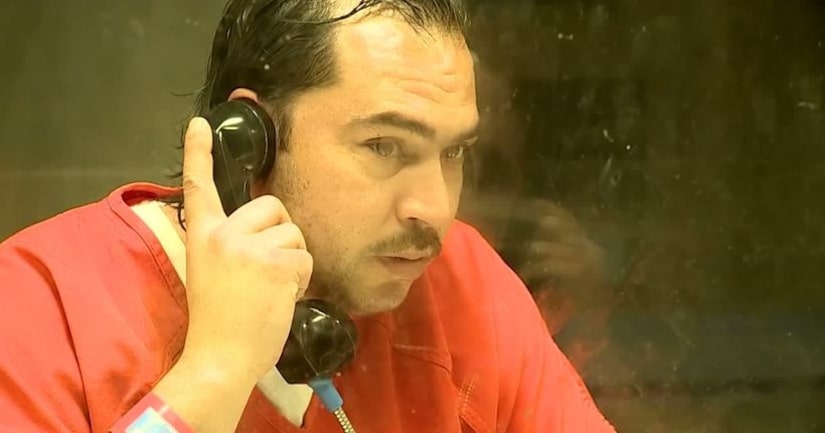 SACRAMENTO (KTXL) -- Police in Sacramento say a North Sacramento man barricaded himself inside his home after he reportedly poured lighter fluid on a baby on the other side of his fence Saturday evening.

The 1-year-old child was not injured, investigators say.

Francisco Montoya, the girl's father, was in his backyard hosting a cookout when he saw some sort of fluid flying over his neighbor's fence into his yard.

"As the liquid was being thrown, they were right there barbecuing," Montoya said. "Imagine it catches onto the grill, it could have been an explosion or some type of other thing."

According to the police department, officers tried to speak with the man but he barricaded himself inside his home on Estes Way and threatened officers with a knife.

"He was uncooperative and he actually barricaded himself inside of the house," Sacramento police spokesman Sergeant Vance Chandler said. "He displayed a knife to our officers."

SWAT officers and crisis negotiators responded to the scene, but police say officers used "chemical agents" to get Martinez to come outside after nearly nine hours.

Martinez tried to run, Chandler said, but was caught by a K-9.

Martinez is now at the Sacramento County Main Jail where he's charged with violation of probation, resisting arrest, endangering the life of a child and assault with caustic chemicals -- but he denies any wrongdoing.