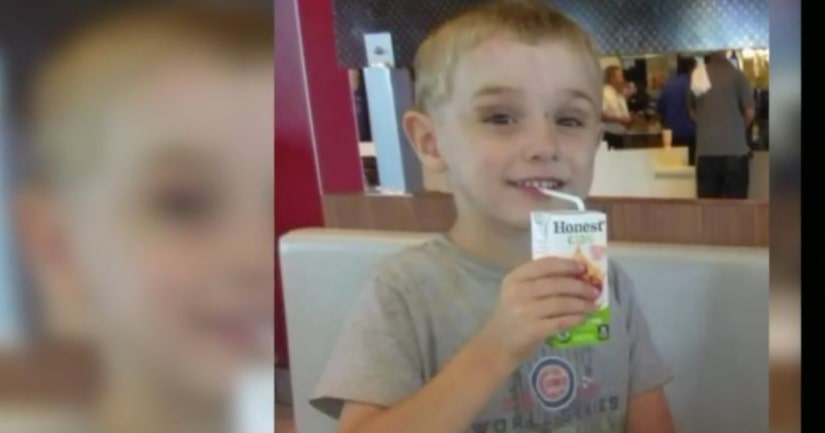 CRYSTAL LAKE, Ill. (WGN) -- Janelle Butler moved into her home on Dole Avenue in fall 2017 — and will never forget the first time she met 5-year-old Andrew “AJ” Freund, who lived across the street.

“They came over trick-or-treating,” Butler said. “He was dressed as a mummy. I said, 'Cute mummy costume.' They said they'd been at the hospital all day. [AJ's mother] said he grabbed a pot of boiling water off the stove and poured it over himself. He even lost some of his hair from it; he had bald patches and gauze.”

AJ was found dead Wednesday in a shallow grave in Woodstock. He'd been reported missing nearly a week earlier.

His parents, Andrew Freund Sr., 60, and JoAnn Cunningham, 36, have been charged with first-degree murder. Prosecutors said the couple forced the boy to stand in a cold shower for an “extended period” of time, then beat him to death. Bond was set at $5 million each.

DCFS has had extensive contact with AJ's family over the years, ever since the boy was born in 2013 with opiates in his system. At one point, he was placed in foster care for nearly two years.

On Friday, the head of DCFS announced two employees were removed from case work pending an investigation.

Butler, who lived across the street from AJ's family in Crystal Lake, said she called DCFS and local police more than a dozen times over two years to report abuse.

“Little boys do get banged and bruised up,” she said. “[But] now that you know what was going on, and you see how many [bruises] … there's no way.”

Butler said the family's home had broken windows and was covered in dog feces and urine.

Butler said she once “heard the little boy crying he was cold, which was an absolute horrific sound when you're walking your dog. I knew at that point things were not good over there.”

“You don't know if people have a weapon,” she said. “I would have loved to have gone to the door and said, 'I'm taking your boys.'”