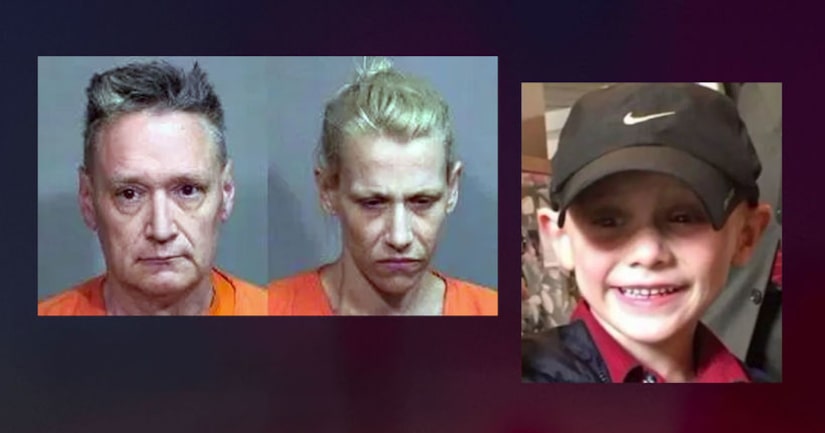 CRYSTAL LAKE, Ill. (WGHP) -- Four months before Andrew “AJ” Freund's parents were charged with his murder, the 5-year-old shared information on possible abuse with a doctor in Illinois.

Police responding to a hotline report found a large bruise on AJ's hip in December. At first, he told investigators the bruise came from the family dog.

But an emergency room physician noted that AJ later gave a different reason. “Maybe someone hit me with a belt. Maybe Mommy didn't mean to hurt me,” he said, according to a Department of Children and Family Services summary of its report.

The doctor could not determine the cause of the bruise but said it could have resulted from “a dog, belt or football,” according to DCFS. The case was closed a month later for lack of evidence.

AJ's body was found wrapped in plastic in a shallow grave Wednesday. His parents, Andrew Freund Sr., 60, and JoAnn Cunningham, 36, have been charged with murder. A pathologist found he died from head trauma due to blunt force injuries, according to a coroner's report.

Calls of neglect and abuse

The DCFS released a summary of its records, reports and documents showing its interaction with AJ's family. It detailed numerous encounters with the family, including 17 unannounced visits between June 2015 and March 2016. At the time. The worker did not observe signs of abuse or neglect.

Last week, DCFS received another hotline call alleging neglect and inadequate supervision at the home. The call came on the same day AJ's parents reported him missing. Information from the couple ultimately led to the recovery of his body in Woodstock, about 10 miles from their home in Crystal Lake, police said.

The DCFS report Friday revealed a long history of child welfare hotline calls with reports of a troubled homelife, squalid living conditions and drug abuse by the parents. Some of those calls predate AJ's birth.

In 2012, DCFS was called on Cunningham twice: once on accusations of abusing prescription drugs and neglecting her foster child and a second time for “environmental neglect and injurious environment” for her eldest son. Both reports were found to be unfounded and expunged.

Two days after his birth, a hotline report was called on Cunningham. Both Cunningham and AJ tested positive for opiates and benzodiazepines. AJ was removed from her care, and DCFS took custody of the infant.

MORE: 5-year-old told doctor of possible abuse months before he was killed; 'Maybe mommy didn't mean to hurt me' - WGHP