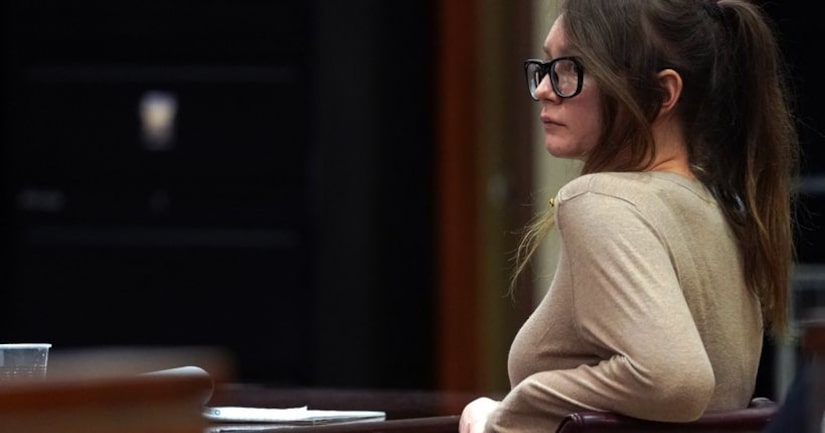 NEW YORK (KTLA) -- A New York jury on Thursday convicted an extravagant socialite who bankrolled an implausibly lavish lifestyle with tens of thousands of dollars she swindled from banks, hotels and friends who believed she was a wealthy German heiress.

Her defense attorney, Todd Spodek, said Sorokin could face between five and 15 years in prison on the most serious charge. She is scheduled to be sentenced May 9.

Sorokin also faces deportation to Germany because authorities say she overstayed her visa.

Using the name Anna Delvey, Sorokin deceived friends and financial institutions into believing she had a fortune of about $67 million (60 million euros) overseas that would cover her high-end clothing, luxury hotel stays and trans-Atlantic travel.

She claimed her father was a diplomat or an oil baron and went to extraordinary lengths to have others pay her way. Prosecutors alleged that she promised one friend an all-expenses paid trip to Morocco but then stuck her with the $62,000 bill — Sorokin was acquitted of that charge.

She also was accused of forging financial records in an application for a $22 million loan to fund a private arts club she wanted to build, complete with exhibitions, installations and pop-up shops, prosecutors said. She was denied the loan but persuaded one bank to lend her $100,000 she failed to repay.

Spodek insisted that Sorokin planned to settle her six-figure debts and was merely “buying time.” He portrayed her as an ambitious entrepreneur who had merely gotten in over her head but had no criminal intent.