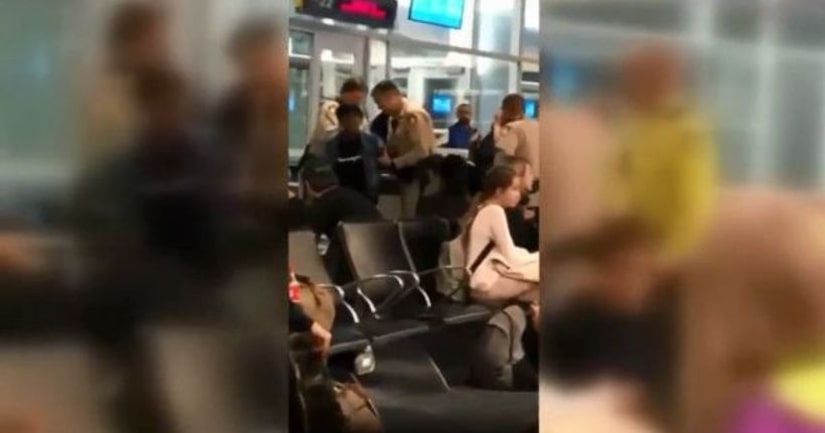 DURHAM, N.C. (WGHP) -- A Durham woman is facing trespassing charges after a confrontation on a Frontier Airlines flight landed her in jail, WTVD reports.

Rosetta Swinney said boarding the flight back to RDU from Las Vegas was already delayed so the staff could clean the plane, but her daughter's seat was not so clean when they got on board.

"She jumped up to say, 'Mom, my hands are wet.' She smelled it. She says, 'This is vomit, mom.' So we went to look. It was on the bag, all over her shirt, her hands," Swinney said.

Swinney told WTVD the airline never reassigned her seats or even cleaned them and said, "I don't know if she got offensive about it, but she turned around to me and said, 'That's not my job.' If it wasn't her job, why wasn't it attended to?"

After confronting the flight attendant again, the 53-year-old woman was taken off the plane and put in jail. Her daughter was placed in child protective custody.

Frontier Airlines replied in a statement, stating, "The flight attendants apologized and immediately invited the mother and her teenage daughter to move to either end of the plane so that the seat area could be cleaned."

MORE: NC woman arrested in front of daughter on Frontier Airlines flight after complaining about vomit in seat - WGHP