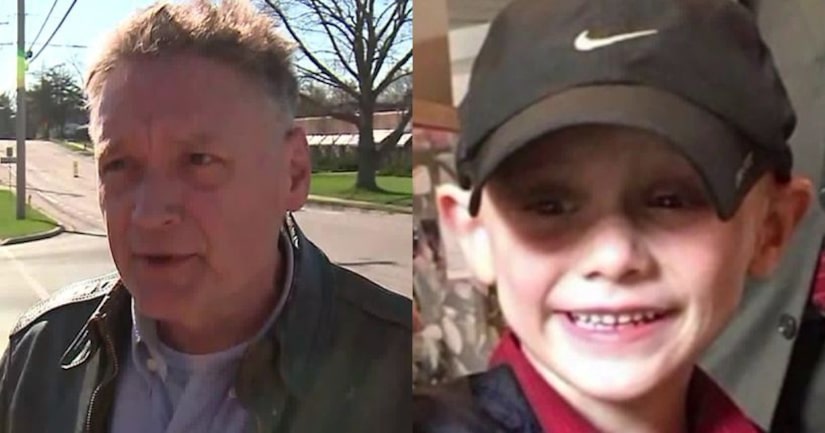 CRYSTAL LAKE, Ill. (WGN) -- The father of a missing Crystal Lake boy said the last 48 hours have been “hell on earth.”

Andrew “AJ” Freund, 5, was reported missing Thursday. After an exhaustive search, police said there was “no indication” Andrew had been abducted. DCFS said the agency has had extensive contact with the family since Andrew was born in 2013 with opiates in his system.

His father, also named Andrew Freund, spoke to reporters outside a police station Saturday: “Anybody that's out there that's inclined to pray, please pray for the return of my son safely.”

Police earlier Saturday had taken Freund for a ride in the backseat of a squad car, without handcuffs. He left the station Saturday evening and said he planned to walk home.

Freund told WGN the investigation into his son's disappearance is a “continuing process,” and the last several days have been “hell on earth.”

Andrew's mother, Joann Cunningham, spoke to reporters outside her Crystal Lake home Friday. She is seven months pregnant. Her attorney said Cunningham cooperated with police until she felt like she was being considered a suspect.

“Ms. Cunningham had nothing to do with the disappearance,” attorney George Kililis said.

DCFS confirmed Friday that the agency is very familiar with Andrew's family after investigating allegations of abuse and neglect. Andrew was at one point placed in foster care for two years before returning home — only for more allegations of abuse to surface last year.