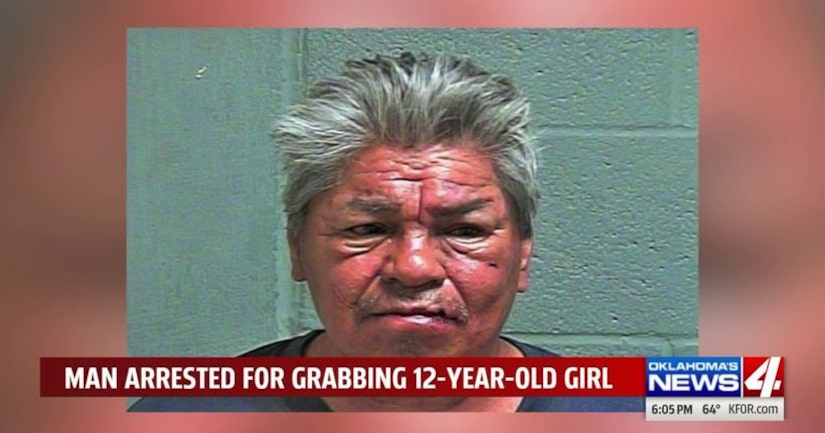 OKLAHOMA CITY (KFOR) -- A man has been arrested for child abuse after drunkenly grabbing a 12-year-old by the arm and offering to exchange his cellphone for sex with him, according to witnesses.

"The dude was in the bridgeway, and we saw him, like we were sitting right there, and he pulled her arm," a witness who lives at the apartment complex where it took place and didn't want to be identified told News 4.

She said her friend's 12-year-old cousin was approached by 58-year-old Jay Dean Johnson outside her apartment.

"We ran down here, because she was crying. We asked her what was wrong, and she told us. She was like he said I'll give you this phone if you have sex with me. That's all I got," the witness said. "Horrible. Like, it was horrible."

Witnesses told News 4 that it's alarming because a lot of young children live at the complex.

According to people who live at the complex, Johnson is known for stumbling around the property, drunk, often.

In the probable cause affidavit, Johnson is described as being “very intoxicated” and the victim told officers she “thought he had urinated on himself.”