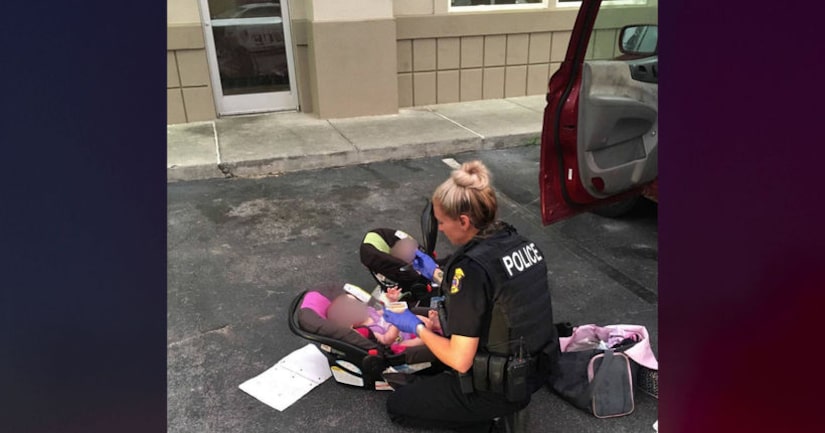 The employees were heading to work at a Panama City IHOP when they spotted the child at about 5:30 a.m., according to a city Facebook post.

A worker wrapped the child in an apron and saw two adults — Jordyn Freeman, 24, and Randy McMillin, 27, of West Portsmouth, Ohio — passed out in a van, but couldn't wake them up.

Officers say the two were under the influence of drugs and had drug paraphernalia in the van.

Two 9-month-old twins were also in the van, one covered in blankets and pillows.

The officers gave the kids clean diapers and clothing before passing them on to the Department of Children and Families.