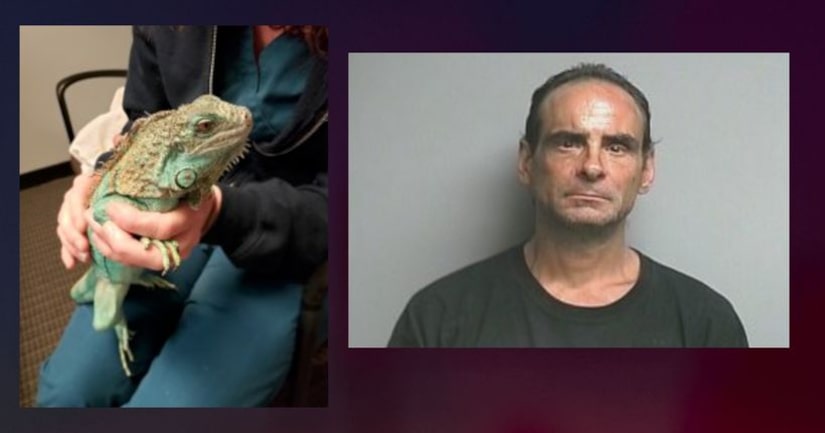 PAINESVILLE, Ohio (WJW) -- The iguana that was thrown inside the Perkins in Painesville is now recovering.

Officers were called to the restaurant on Mentor Avenue shortly after 11 a.m. Tuesday for a disorderly customer.

Painesville police said Arnold Teeter, 49, laid down in a booth and threw a menu at a waitress. When he was approached by the manager, Teeter pulled an iguana out from under his sweatshirt and starting swinging the lizard over his head. He threw the animal, which missed the manager, and landed on the floor, according to police.

Teeter picked up the iguana by the tail and left the restaurant.

Officers searched the area and learned the suspect was outside the Painesville YMCA. Police said they found Teeter walking through traffic on Mentor Avenue as cars swerved to avoid hitting him. He struggled with law enforcement in the street before he was handcuffed.

Police removed the 2-foot iguana from his shirt. Department staff cared for the animal until it was transferred to the Lake County Humane Society.

According to Painesville police, an exam at the Animal Center of Euclid revealed it suffered a leg bone fracture, which will require surgery. It has metabolic bone disease, is missing part of its tail and is in poor condition.