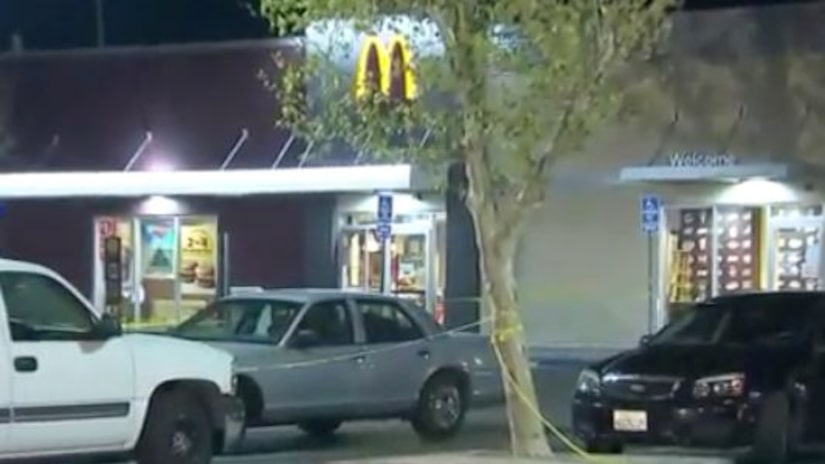 PALMDALE, Calif. -- (KTLA) -- A security guard shot and killed a man following an alleged knife attack on an elderly man at a Palmdale McDonald's on Sunday afternoon, witnesses said.

The attacker had crashed a car into a nearby Carl's Jr. restaurant prior to heading to the McDonald's and stripping off his clothes, according to officials and witnesses.

"(He) apparently started stabbing several patrons," Paiz said. "At that point, security approached him. He tried to stab a security officer and the security officer defended himself by firing his service weapon."