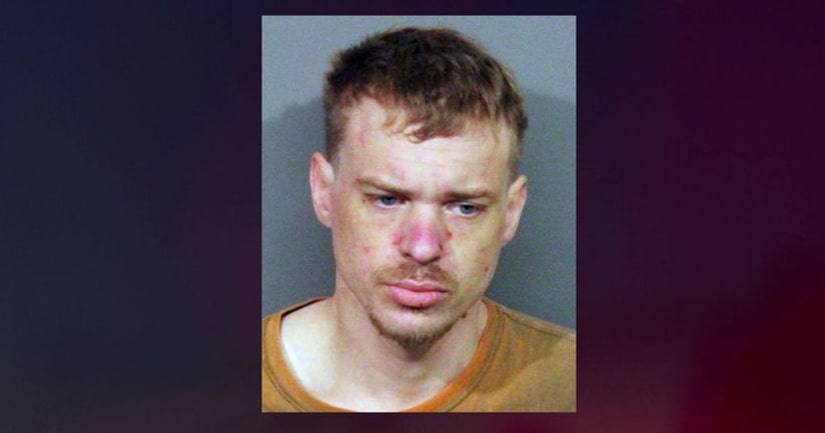 GRANITE BAY, Calif. (KTXL) -- A Granite Bay mother returned to her home last week to find it had been ransacked -- and the suspected thief was still on the property.

Julie Rux owns the home in a rural part of Granite Bay and saw her suitcases on the corner, filled, when she turned onto her street. Then she saw her garbage can.

“It was on the edge of the driveway with some of my husband's rifles, hunting rifles, sticking out and I went, 'OK, that's really not right,'” she told FOX40 over the phone.

Rux says once she discovered her misplaced things while driving up and the suspected thief, who deputies identified as Richard Holesapple, coming out of her home last Friday.

She didn't think twice about chasing him. Her daughter Maddie joined the fight as she turned onto the street and saw the struggle.

“My daughter jumped out of her truck and we both tackled him and rolled him,” Rux said.

The man got away.

Seven hours into the chase around the neighborhood Rux's son Jared says he spotted Holesapple on the run at 4 a.m., just before he was caught in a neighbor's field.

Once he was in custody, Rux says she realized that when she tussled with Holesapple, he had her .38 from her bedroom on him. It was found in the field he was cuffed in.

“It was probably not the smartest thing to do,” she said.

But as a horse trainer, she said it wasn't very scary.

“When you take on large animals every day, a little guy is not as large as what you deal with on a daily basis,” she said.