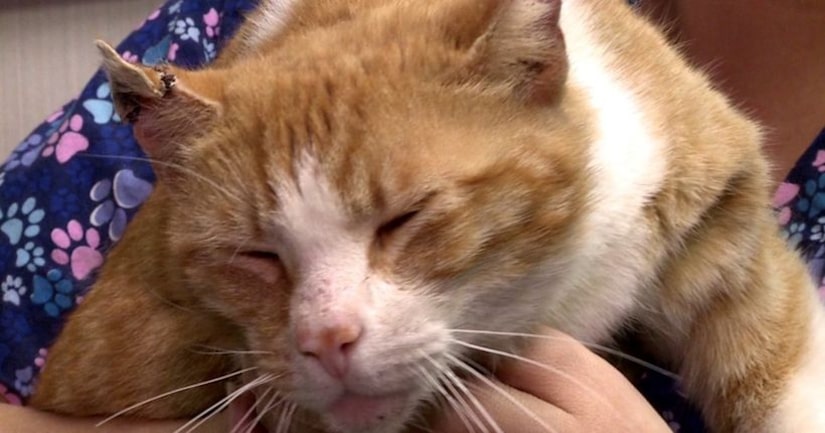 CLEVELAND (WJW) -- A Northeast Ohio animal rescue group is saddened and sickened by an extreme case of animal abuse.

The severely injured cat made its way to a neighbor's porch early Friday morning on Cleveland's west side. The neighbor comforted the cat and called the Forever Friends Foundation.

The orange and white cat, now named Sergeant, was brought to the Able Animal Hospital in Parma. Staff said there are obvious signs that someone cut and sliced its ears. The left ear is barely hanging on.

“The injuries are straight cuts to both ears. It appears like somebody used scissors or shears. The other ear is crushed,” said Debbie Bartowick with the Forever Friends Foundation.

Bartowick said she hasn't seen abuse like this case, but she has received a couple other clearly abused cats also from around the same area of West 105th Street and Western Avenue in the last year.

The foundation said the 4-year-old male is very friendly and appears to be someone's pet that got loose and possibly fell into the wrong hands.