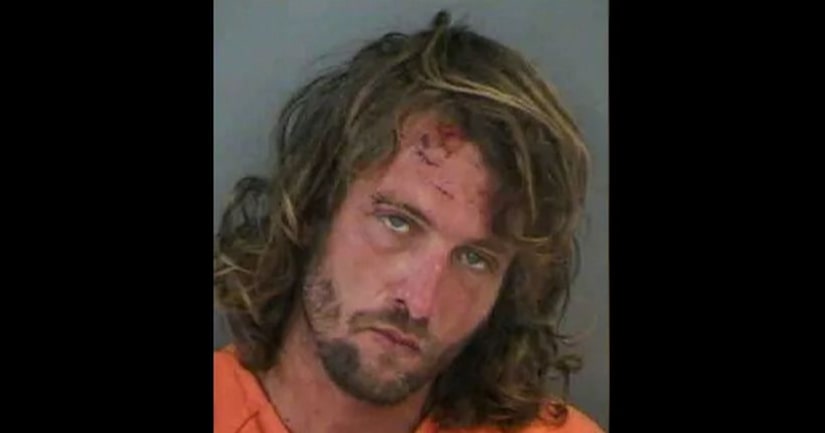 NAPLES, Fla. (KFOR) -- A drunk Florida man was arrested outside Olive Garden after eating pasta in an inappropriate manner.

According to the Miami Herald, officers with Naples Police Department were dispatched to the chain restaurant around 3:30 p.m. Sunday regarding a disturbance.

A man was reportedly asking restaurant patrons for money and yelling at them using explicit language.

When police arrived they discovered a shirtless man sitting on a bench outside the establishment. The man was allegedly shoveling spaghetti into his mouth with his hands.

The man, identified as 32-year-old Ben Padgett, was placed under arrest for disorderly intoxication, according to the newspaper.

However, before being placed in handcuffs officers gave Padgett a paper towel so he could wipe the pasta off his face.