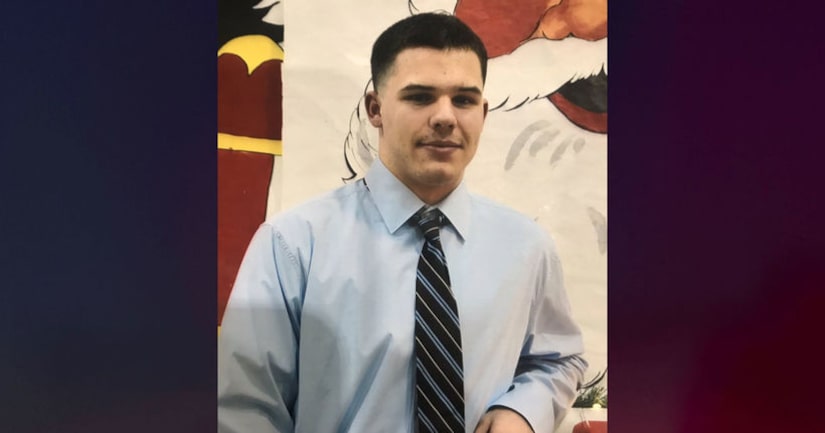 Ike Souzer fled the facility -- located at 331 The City Dr. S in Orange -- at approximately 12:11 a.m., according to the Orange County Sheriff's Department, which is assisting probation officers in the search for the escaped teen.

Souzer managed to escape from where he was housed, somehow ending up outside the locked room where he had been in at one point. The teen then climbed over a fence and left the facility, said Orange County Chief Probation Officer Steve Sentman.

Officials discovered him missing during a room count.

Sentman noted this was the first escape from the facility that he was aware of in the past two decades.

Souzer was arrested after allegedly stabbing his mother to death in Garden Grove on May 4, 2017, Garden Grove Police Department Lt. Carl Whitney confirmed to KTLA on Friday.

Barbara Scheuer-Souzer, 47, was found by a neighbor covered in blood outside her home in the 11000 block of Gilbert Street, police said at the time. She had been stabbed multiple times in the stomach.

Before she died, Scheuer-Souzer had identified her son -- then 13 -- as the attacker, according to investigators.

Souzer is described as white, approximately 6-feet tall and weighing about 200 pounds, sheriff's officials said. He possibly has a cut on his left leg.

The teen was wearing a white shirt and red pants when he was last spotted heading northbound on City Drive, officials said.

Anyone with information on his whereabouts is asked to call sheriff's dispatch at (714) 647-7000.