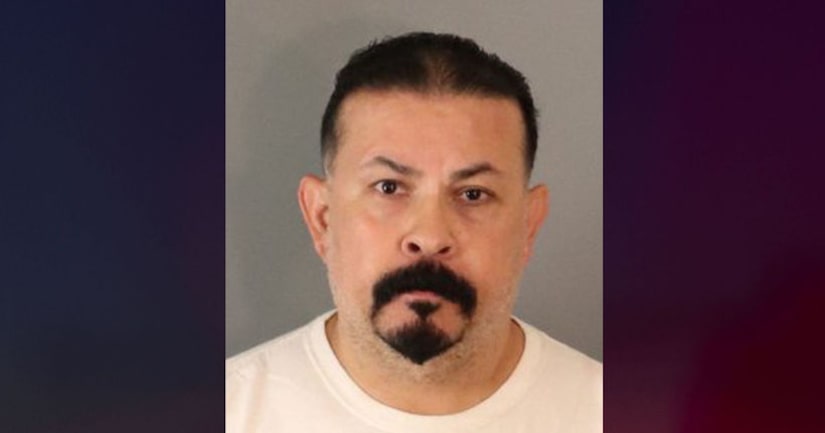 Frank Garcia, 49, of Fontana was booked on suspicion of 11 counts of annoying or molesting children, the Riverside Police Department said in a written statement.

Detectives began investigating him in February after learning that a girl who attends the school had received “inappropriate text messages” from Garcia, police said.

“Working closely with school administration, the school resource officer and the Riverside Police Department's Sexual Assault – Child Abuse Unit conducted an extensive investigation that identified ten additional victims who also disclosed receiving similar inappropriate text messages from the same teacher,” according to the police statement. “Some of these students also reported unwanted touching by this teacher.”

Garcia was immediately placed on leave, and barred from campus, since the allegations came to light, the Riverside Unified School District said in a written statement. “RUSD will continue to work with RPD as the investigation unfolds.”

Prior to working at North High School, Garcia also worked at University Heights Middle School, investigators said. He has also interacted with children through school clubs, as well as working as a home school teacher and tutor for kids with special needs.