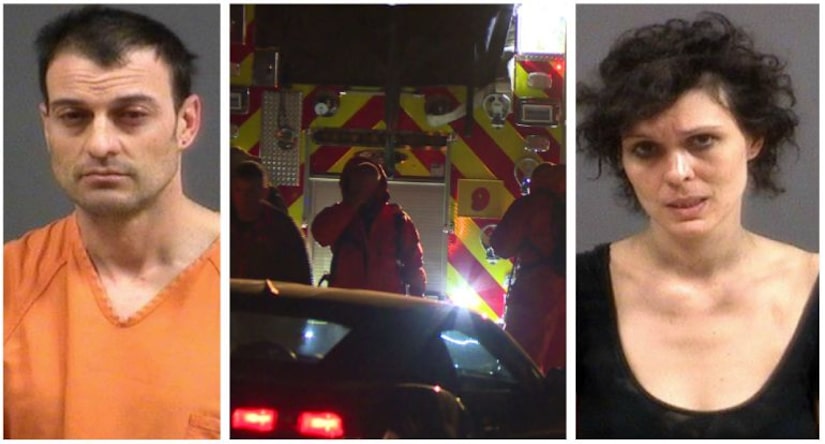 CHESTERFIELD COUNTY, Va. (WTVR) -- A husband and wife have been arrested after Chesterfield Police found a meth lab in the Salem Woods Neighborhood Wednesday night.

Richard L. Upton Jr., 41, and Melody L. Upton, 38, have been charged with manufacturing methamphetamine, felony common nuisance, and other charges.

The incident started when police responded to an unrelated incident for a suspicious male who may be trespassing.

Reportedly a neighbor on another street saw someone jumping a fence in the 10100 block of Post Horn Drive.

Upon arrival, officers located an adult male and an adult female in a shed.

“Officers spoke to the owner of the property, who asked that the adult female be removed from the property. When officers went into the shed with her as she gathered her belongings, they observed evidence of drug use,” said a Chesterfield Police spokesperson.

After receiving consent from the property owner, officers searched the shed and discovered evidence of the production of methamphetamine. Fire and EMS responded to the scene along with Virginia State Police to investigate.