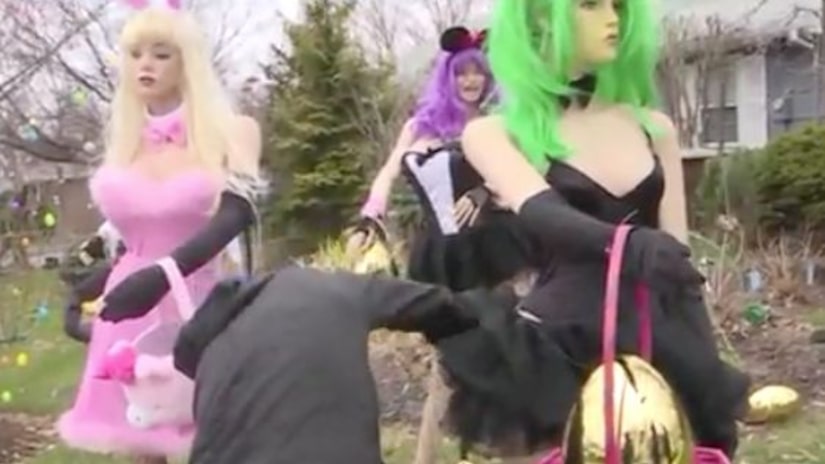 CLIFTON, N.J. —- (WPIX) -- A Clifton dentist is known for lawn displays, but some residents think the mannequins wearing lingerie and bunny ears in his new garden scene takes things too far.

Disgusted resident Desiree Mozek tore down the display on Tuesday with a pair of garden shears while PIX11 cameras were rolling.

Mozek said she isn't concerned about being fined because it would be worth it.

Many said their concern was that the display on the lawn of Dr. Wayne Gangi's dental office was "distasteful and disrespectful" around Easter, interpreting the bunny ears and eggs as connected to the holiday.

But when Dr. Gangi returned to his office, he said his display had nothing to do with Easter. He said it was meant to honor 'Playboy' magazine founder Hugh Hefner for what would have been his 93rd birthday.